The 21st century is regarded as the Asian Century, and a shift is observed in the political, economic, and military epicenters. State and non-state actors seem to revisit their policies. Multinational corporations and military industrial complexes are more than excited about the new market. In such a hegemon, where many are striving for their interest, comes the conflict of interest, which is natural. Many actors get involved here to try and keep a win-win situation. Now to protect these interests, states exercise power, which may threaten the peace. Therefore, peace is just a pause before the coming of a great war.

The unipolar status of the USA is at stake due to the emergence of Asian powers like China and Russia. Unlike the USA which used hard power to attain superpower status, China is more rational in this regard, they use soft power to counterbalance the status quo. Although an economic superpower, China is also advancing its hard power. There was a time when both were in peaceful trade and mutual harmony, but the peace was short-lived. Since the US realized China was a rival, they wage economic war now and again. The Taiwan matter is heating up again. China considers Taiwan as its rebel province and planning for its peaceful reunification under a one-China policy, while the US guaranteed to defend Taiwan against any aggression. The recent visits of the US officials created hype and there were speculations of the US-China confrontation but China reacted rationally. This does not avert the risk of war.

Certain factors put China on the defensive for now. Firstly, the Chinese military muscle is not strong enough to counter the US military. Being the only military superpower, the US has a military presence in almost all the strategic locations of the world which China lags. Secondly, the Chinese Built and Road Initiative, which is aimed at making alternate routes to access the world as its coastal line and existing trade routes are vulnerable to any conflict like the Strait of Malacca and the South China Sea. These trade routes and the nearby Islands are guarded by the US or its allies’ military and in case of any confrontation, the US may hurt the Chinese trade and economy by blocking these choke points. Therefore to ensure smooth trade China is working on its flagship project CPEC, the China-Pakistan Economic Corridor, and has recently invested in Chabahar Iran. As long as these alternate routes are not paved, and in the meanwhile China has not established its military muscle enough, it may not engage militarily with the US. Once China has attained these goals it may act militarily to its will.

Furthermore, the US has military and security alliances like NATO, AUKUS, QUAD, and I2U2 which China lags in. China has Shanghai Cooperation Organization SCO which keeps on expanding its domains beyond trade. The executive committee and RATS are the security domains of SCO due to which it is regarded as Asian NATO. Iran in this regard is joining SCO, which means countering the US influence in the Persian Gulf, and Turkey, a key NATO ally, coasting the Strait of Bosporus, also hinted at coming under the umbrella. This shows that US influence is declining, in other words, China is replacing the US.

To counter the increasing Chinese influence, the US has already expressed its strategic posture, working on the “Containment of China Policy”. The South China Sea is the epicenter of this interplay. The US is keeping its military presence here to keep a check on trade activities to ensure free trade and ensure peace in the region. Once a month, the US Navy visits these waters and confronts the Chinese presence at times. The expanding Chinese activities especially the construction of artificial islands are a concern for the US and it has issued warnings, in other words, communicating this risk of war. Furthermore, the sea beds are holding huge gas and petroleum reservoirs which China and the neighboring sovereign islands carry claims.

Moreover, the US has released its “Indo-Pacific Strategy” which is a comprehensive document aimed at strategies to counter China in the Indian waters and the region. Experts see this as a future-oriented move to contain China at the alternate routes as well like the CPEC. The US has an active naval fleet on the routine beat which guards these water and is ready for any mishap in the region. Furthermore, the military-industrial complexes like Lockheed Martin, Raytheon, and more interestingly Pfizer drive the United States to explore the new market.

Besides, the US has military bases in the region surrounding China, which can be mobilized in case of aggression from either side. Though the US has military superiority, China has also achieved military parity and according to some estimates, surpassing the US. These technological advancements and increasing conflict of interest intensify the security environment, which increases the risk of confrontations and any miscalculation may push the region into war. 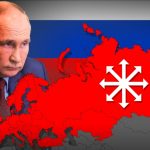 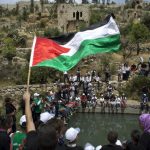