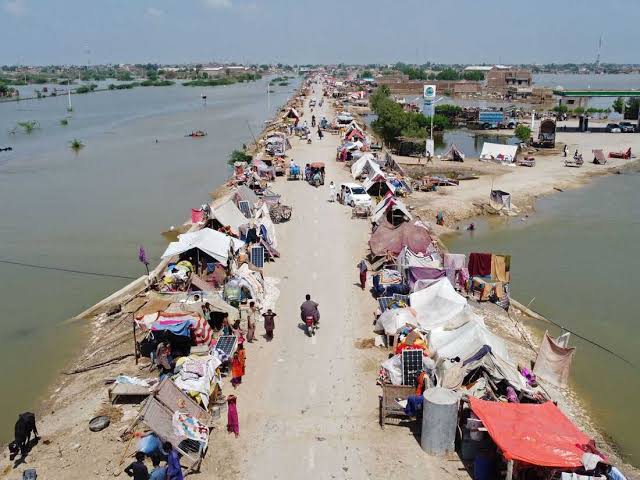 Pakistan saw a monsoon season of calamity in mid 2022. Pakistan received a heavy amount of rain as compared to it’s average and caused massive scale of destruction in all the four provinces. 32 million were affected and thousand people have died due to this disaster. Such an effect on people’s life raises concerns about the response of concerned authorities as well as the steps that were taken to limit the severity of this catastrophe.

Climate change is a global issue and Pakistan is also a victim of climate change while contributing only 0.6 % of the total carbon emission which is the major cause of climate change. The glaciers are melting, Forest fires have occurred and Pakistan have experienced heat waves in the country touching temperature of 53°C . The question arises here is Why Pakistan is victim of such these natural hazards while it is only contributing less than one percent in the total carbon emission of the world.

A record-breaking number of disasters caused by the climate are affecting the entire nation, from coast to coast. If weak governance increases threats, then climate change does too. Or, of equal or greater importance. Both are fatal when combined because they disproportionately affect the poor and marginalized. Their fusion has led to development catastrophe, environmental calamity, and human tragedy in these floods, and it has in other instances.

Local government institutions are the most crucial component of climate resilience because climate vulnerability is basically a local issue. However, Pakistan currently lacks this third degree of government administration despite suffering significant and huge losses.

Concerned institutions failed to learn the lesson from the previous flood which was in 2010 and still there is a huge gap between the federal, provisional and the local government. Flood always start from a small scale and it has to be dealt from its point of origin but due to absence of the local government and the institutions it turns out into a disaster. Pakistan have lost one third of the country’s infrastructure including roads, bridges, hotels, school and hospitals but no one is ready to take the responsibilities of this destruction.

Local governments have limited capacity to provide emergency services or distribute relief supplies.  Since local government is not yet ingrained in the nation’s political culture, it makes sense that environmental issues and now climate disasters are not being addressed. Management of floods and other major climate-related disasters almost never follows or have standard operating procedures.  Civilian institutions have disintegrated, especially those charged with delivering municipal and environmental services.

National disaster management authority (NDMA) have failed badly to deliver the issue. It was formed in 2010 but till now it is unable to make the effective policies to tackle the natural hazards like the recent flood of 2022. It has many flaws in its administration. The reason are that our political leaders wants to be on headlines while doing the relief activities. There is lack of funds and there is a budgeting conflict between the federal government and the NDMA. People are shown stranded in groups amid floodwater all around, appealing for food, water, and shelter for days. They were being taken by surprise without notice and being given no opportunity to safeguard their livestock and possessions. For them, everything was lost. Without a question, the military did a wonderful job of rescuing and bringing the victims to safety but it was the duty of NDMA not the state’s military.

There are several takeaways that Pakistan could adopt to reduce the massive destruction caused by floods. Climate awareness should be given both locally and internationally. Before the next monsoon people should be aware of what climate change can cause and how they have to minimize their impact on the environment. Secondly insurance schemes should be given and made to the flood affected people. Their loss should be paid by the government and proper settlement should be made for them because they are increasing burden on the urban cities of Pakistan. Dams construction should start because they will help to store the water and proper construction material should be used there because recently constructed dams had flopped to hold the water. This great disaster has once again given us a chance to be together as a nation and to prepare ourselves for the upcoming disasters.

The writer is pursuing Bachelor's degree in Social Sciences (with a major in International Relations) from University of Central Punjab Lahore. His areas of interest include Geopolitics, flaws in public administration, current International Affairs and , Climate Change, etc. He can be contacted at ateebrajpoot89@gmail.com 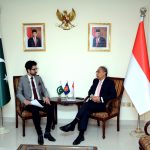 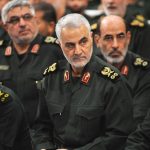