Mohammad Abu Kishek, aged 22, was pronounced dead by the Palestinian Ministry of Health on Wednesday night, less than 24 hours after he was shot in the stomach by Israeli forces during a raid on Tuesday night.

Another man, 30-year-old Mohammad Hirzallah, a fighter with the Lions’ Den armed resistance group, succumbed to wounds he sustained when he was shot by the Israeli army in the head in July, while engaging in armed clashes in Nablus. Hirzallah was fighting alongside two well-known leaders of the Lions’ Den when he was injured.

Thousands of Palestinians turned out for the funeral procession of Abu Kishek and Hirzallah, which began on Thursday morning in Nablus city. Dozens of armed men were present, shooting live ammunition into the air in a demonstration of anger and mourning.

“There is rage and sadness … There was an evident presence of armed men, from the Lions’ Den and other armed groups,” local journalist Mohammad Muna, who attended the funerals, told Al Jazeera.

Hirzallah, who spent four months in hospital and underwent several surgeries, passed away at the Istishari Hospital in Ramallah.

His body was transferred in a large convoy to Nablus on Wednesday night. Local media reported that Palestinian Authority (PA) security forces attacked the convoy and mourners on the main roundabout in Nablus with tear gas and stun grenades.

“It appears that there was a demand or security order to the armed men to not come out publicly with their weapons, and to not shoot live ammunition into the air,” said Muna. “The presence of the security services on the roundabout, with their armoured vehicles, seems to have annoyed the men.”

“It appears that there was an exchange of strong language, and some of the men began chanting against the security services, so it developed from there and led to the officers firing tear gas and live ammunition into the air,” he added. 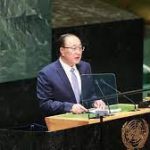 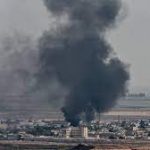