The Self-Proclaimed Peaceful regional Power India has become a prominent preparatory of extremism and terrorism in Pakistan. At this point of political turmoil in Pakistan the corruption, extremism, and white-collar crime nexus activation has been witnessed and not a new phenomenon. India has always tried to bleed and tore Pakistan into pieces as rooted in history but Pakistan is determined not to let it do so again. India has used its proxy players to destabilize Pakistan by targeting Chinese officials on the soil of Pakistan in Commercial Hub Karachi and the heart of CPEC Balochistan.

Three weeks ago a gloomy incident took place in Karachi held by a female BLA fighter who killed three Chinese teachers along with a Pakistani driver. Another attack is claimed to be foiled by police against the convoy of Chinese nationals in southwestern Balochistan province which borders Afghanistan and Iran.

India’s state-sponsored terrorism in Pakistan is not a new phenomenon. The insurgent groups have long been supported by India, for instance, Mufti Bahani in East Pakistan plus this is not just blaming but this has been exclusively accepted by Prime Minister Modi. Now, the same tactic is being used by India to disintegrate Pakistan which is an integral part of the Modi doctrine as well.

Almost 2 years ago back in 2020, DG. ISPR had revealed that “former Indian ambassador and army general visited the Baloch militant camp in Haji Gak” he also revealed that 150 militants were being sheltered in Afghanistan and India had paid 30 million dollars to establish a camp in the area of Sarhadi Leva Kandahar where raw supply weapons and communication through helicopter.

Extremism is being used to destabilize Pakistan at peak of one of the worst political conundrums. Whatsoever is happening is an implementation of defensive Offensive doctrine given by National Security Advisor of India Ajit Dovel in which he mentioned that,

“Pakistan’s vulnerability is many many times higher than India once they know that India has shifted its gayer from defensive mode to defensive offensive, they will find that it is unaffordable for them. You can do one Mumbai, you may lose Balochistan”

This is the doctrine in which Balochistan is mentioned and therefore, Pakistan witnessed various attacks since then. India has used a tactic of Hybrid warfare to defame Pakistan and tarnish its reputation by accusing Pakistan security forces of being involved in Human rights violations in Balochistan On the other hand it galvanized the Indian state-sponsored terrorism in Balochistan to promote violence.

Pakistan security forces have also captured an Indian spy from Balochistan Kulbhushan Yadav who is a serving Naval Officer in India, he had briefly described RAW’s aims “to see all activities along the Makran Coast and Karachi and Balochistan Interior, Turbat, and Quetta were to be organized and nicely coordinated. The aims and targets of RAW to conduct the various terrorist activities in Balochistan are conveyed properly to the insurgents and any kind of requirements of them are conveyed back to the RAW officials. The aim was to have raw operatives on the field so that they could facilitate and help Baloch sub nationals in carrying out precision targets”

The evidence proves India’s double face and intentions to destroy Pakistan. The attacks against the security forces held earlier this year at Nushki, Panjgur now the BLA’s active Participation in attack on Chinese officials is the indication of some bigger planning.

Right at this time when the people of Pakistan are sobbing for political justice and raising their voices for accountability against corruption, the increasing incidents of terrorist attacks are an important point that needs attention. Pakistan always faces such consequences when a wave of accountability and grip around Corrupts tightens. Therefore various modifications in Political institutions FIA and NAB are introduced right at the moment behind the curtains. Therefore, this is the activation of the corruption-extremism-white-collar crime nexus.

BLA is an insurgent group fighting for the liberation of Balochistan and against the Chinese investments in Balochistan which claims that it does not benefit the locals. Balochistan is although a resourceful land and core of China Pakistan Economic Corridor which gives China an alternative route from the South-China Sea. It links China directly to the Arabian Sea through Gwadar port. It is also one of the safest and cheapest routes that China can have which will ultimately boost China’s economy. It benefits Pakistan by enhancing employment opportunities along with development in Balochistan and will also strengthen the Pak-China friendship.

This Strengthened relationship is a threat to rising India which aspires to become a global power and has the biggest threat from China in the Asian region and has severe border issues with Pakistan. If these two nuclear Juggernauts become one it would be impossible for India to become master. To spread distrust between these two India has also been spreading the fake news of anti-China sentiment rising in Pakistan.

The $65 Billion Plus investment of China in Pakistan along with the development of infrastructure will not just help to curb the insurgencies in Balochistan but will boost the economy of Pakistan which will ultimately stable Pakistan Internally. It is a threat to Modi’s doctrine for Pakistan and his dream to distort the map by separating Balochistan, and Gilgit from Pakistan and occupying Azad Kashmir.

The need of the hour is for Pakistan to be aware of all the loopholes that are being invaded by not just external forces but also the internal facilitators who help in the accomplishment of such tasks that directly hit the integrity of Pakistan. Pakistan as a pseudo Democracy might face political havoc but these situations must not give room to external haunters to get what they want.

Sajjal Sultana is currently an Internee at Global Affairs. She is the student of International Relations at National Defence University Islamabad. She can be reached at sajjalsultana1@gmail.com. 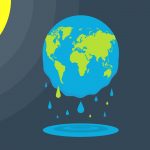 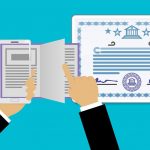