The south Asian region is critical when it comes to the outbreak of the nuclear war due to the arch rivalry between the two nuclear-armed neighbors India and Pakistan.

The nuclear policy of Pakistan has two main aspects; first to deter India from seeking any conventional or nuclear offensive against Pakistan and second, if deterrence fails, avoid India to win the nuclear war. For this purpose, Pakistan has a policy of nuclear-first use which means that Pakistan, due to asymmetrical balance tilt in favor of India, can use nuclear weapons to deny India any conventional advantage.

The stability of the South Asian region revolves around the strategic balance and deterrence phenomenon among the two nations. In international politics deterrence works when the offensive actor realizes that the cost of the unacceptable actions it wants to take is exceeding whatever benefits it assumes to achieve. In the South Asian scenario, Pakistan has deterred India by developing multiple strategies of nuclear response like the development of nuclear-capable strategic and tactical missiles which can be launched from multiple platforms. For example, Pakistan has countered India’s so-called Cold Start Doctrine by developing tactical nuclear weapons (TNWs).

Second strike capability has great importance for the effective perception building of the collective susceptibility of nuclear weapons and nuclear deterrence. The concept of a second strike is that the capability of a state (nuclear-armed) to retaliate with the nuclear attack after absorbing adversary’s first strike (adversary may initiate the first strike to destroy opponent’s nuclear weapons and strategic forces) depriving the enemy the chance to retaliate with nuclear weapons. Therefore, to achieve and enhance the second-strike capability, states diversify their command and control and nuclear deployments, develop all platforms ground, air, and sea-based Launchpads to carry out the nuclear warheads forming a nuclear triad. To achieve a credible and assured second-strike capability the development and deployment of sea-based more importantly undersea nuclear-capable submerged platforms are critical.

The strategic balance of South Asia is subject to instability due to India’s increasing aggressive behavior towards Pakistan. India is investing in ballistic missile defenses (BMDs) like S-400 technology. These initiatives would undermine the factor of mutual vulnerability and increase India’s confidence to go for offensive actions as BMDs will intercept Pakistan’s ballistic missiles in case Pakistan retaliates. Therefore, these actions pose serious concerns for Pakistan. To counter such kinds of emerging threats, Pakistan has started to diversify its nuclear platforms from ground to sea-based /undersea weapon systems.

On 09 January 2017 Pakistan Armed forces public relations wing (ISPR) announced that Pakistan has successfully conducted the test of its first Submarine Launched Cruise Missile (SLCM) Babur-3 with a range of 450 Km. The missile is consolidated with state-of-the-art technologies like advanced guidance and navigation system, capability to dodge enemy radars and air defenses. The ISPR claimed that with the test of Babur-3 SLCM Pakistan has achieved a Credible Second Strike Capability. So, with the help of SLCM Pakistan can launch an attack anywhere from the Indian ocean from unanticipated positions and paths.

Furthermore, Indian radars cannot shield the whole of the Indian coastline so, minimizing the chances of missile interception launched from the Pakistani submarines.
Although Pakistan claims to have the second-strike capability by developing SLCM however, some analysts argue that even though Pakistan has developed nuclear-capable SLCMs but Launchpad available for these missiles are Agosta-class diesel-electric submarines which have limitations as compared to the nuclear-powered submarines (SSBN). Diesel-electric submarines can stay underwater for a few days and then they come to the sea surface to charge their batteries with the help of the generator.

On the other hand, nuclear-powered submarines can stay underwater for months. Furthermore, diesel-powered submarines make much noise and are more vulnerable to detection by the enemy radars as compared to SSN which are relatively quiet and undetectable.

Another factor, which can undermine Pakistan’s capability of the second strike, is India’s growing Anti-submarines warfare (ASW) capability. Indian army operates sophisticated weapons like US-originated P8I Neptune anti-submarine aircraft equipped with modern
technology and advanced radars and sensors. The Defence Research and Development Organization (DRDO) of India is working on Autonomous-Underwater vehicles (AUVs) which can assist the Indian Navy in enhanced surveillance and detection capabilities. These systems, if India opts for an offensive approach against Pakistan, could thwart the maneuverability of Pakistan’s submarines and can increase the chances of being spotted and vulnerable to being attacked, ultimately posing a threat to their sustainability and survival.

In nuclear deterrence, the chances of escalation of the nuclear war rise when the adversary sees that going for a first strike may increase the benefits as the risk of retaliation can be minimized due to the successful elimination of opponents nuclear infrastructure and strategic forces, weakening the perception of mutual vulnerability and thus lead the adversary to engage into a conflict which may escalate into nuclear war. In the case of South Asia, India as the dominant state in the conventional realm creates many challenges for its rival. On the other hand, Pakistan cannot match India in terms of arms and equipment rather it chooses to deter India with the threat of nuclear attack to counter the asymmetry. However, some specific measures by India like the purchase of BMDs, enhancement, and modernization of its naval capabilities, and grown surveillance by the Indian Navy indicate that India’s perception of mutual vulnerability and mutual collateral damage is declining.

These are the derivative factors behind Pakistan’s move of diversifying its nuclear platforms from ground-based weaponry to submarine-based nuclear missiles to secure a chance of a second strike against the enemy’s first strike. However, Pakistan further needs development in its Naval-nuclear sphere to maintain sea deterrence and to enhance the credibility of its second-strike capability against India. 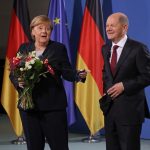 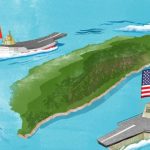