Middle East is one of the most significant regions in the world as it collectively holds around fifty percent of world’s oil reserves. However, oil is not the sole defining feature of this region, it is also widely authoritarian. Ever since the region was divided by departing British and French colonizers, majority of the states have sustained authoritarian regimes and the discovery of oil has further acted as a factor that strengthened them.

The Persian Gulf region includes Iran, United Arab Emirates, Oman, Saudi Arabia, Bahrain, Kuwait, Qatar and Iraq. These states possess approximately fifty percent of world’s oil reserves, and more than half of the government revenues of these states come from the oil sale. The Persian Gulf states were coined as rentier states (state whose main source of income is the extensive rents from foreign governments or individuals) by the Scholar H. Beblawi as they possess all the characteristics of a rentier state.

The Persian Gulf States’ regimes are very vulnerable to the low oil prices as the things like production of wealth, no imposition of taxes, rentier mentality and state being the provider of wealth rather extractor help the gulf monarchies to sustain their authoritarian regimes. Oil is the main source of wealth for the governments of the Gulf States and these states use this wealth on their people and hence the state is the only distributor of wealth. Moreover, in these states, the state is also the main provider of employment, as several volunteer jobs are designed and most sectors are headed by public sector. So, the most influential or powerful actor in these states is the ruler who “sustains monarchy” by providing wealth which comes from oil in shape of rents.

The people in the Persian Gulf states have a “rentier mentality” and their relationship with the state or government is very different than that in a normal state. This is mainly due to the fact that in these states government provides wealth to its individuals rather than extracting it from them. The people of these states do not question the ruling elite or challenge their legitimacy as they are not burdened by the imposition of heavy taxes and are provided with a great standard of living. Machiavelli in his book the Prince states that if public is happy, they do not care about what the elite is doing, this explains why the people of these states do not fight for democracy. This entire scenario is very different from normal states, where governments extract wealth by the imposition of taxes on the individuals, and when the taxes are raised the public cries for accountability and hence democracy.

According to the Scholar Michael L. Ross, there are three main mechanisms through which the democracy is hindered by oil: Repression Effect, Rentier Effect and Modernization Effect.

The repression effect is that some of the people in these rich rentier states might cry for democracy but the huge amounts of wealth allows the governments of rentier states to spend a lot on the internal security in order to ‘’smother democratic aspirations’’ of such individuals.

The rentier effect is further divided into three effects –grouping, spending and taxation effect. The taxation effect basically explains that since the government does not burden the individuals of the state with taxes, they do not cry for democracy. Moreover, the spending effect explains how the rentier states use the wealth to alleviate social pressures which might ask for accountability. These states have a patronage system, where close relatives or friends are offered the main positions and subsidies are provided to the public, along with employment. Moreover, to avoid any challenges and issues the loyalty of strong tribal leaders is bought and the poor ones who try to challenge the legitimacy of the government are oppressed. The grouping effect explains how the wealth is used by these governments to avoid the formation of those groups which may demand for democracy.

The most significant one is the modernization theory – industrialization, development and economic well-being produces a massive middle class which strives for democracy. However, this is not the case of Gulf states, as in these states there is economic growth but it does not lead to the production of specialist or the middle class. The specialist class consists of highly educated individuals who know about their norms and rights and have the ability to challenge the legitimacy of their governments and fight for democracy. However, the absence of occupational specialist class –entrepreneurs, professors, surgeons, lawyers etc. is a major reason why the economic growth of these states has no influence on democracy. This is called the modernization effect; a complete opposite of the modernization theory.

However, this is at stake due to the evolving circumstances in the oil economy. The entire mechanism and economy of the Persian Gulf states depends on the oil trade. A fall in the prices of oil can make the consumers satisfied but, a huge source of worry for the Gulf states, that depend deeply on the revenues coming from the oil and gas to sustain their monarchies. Lower oil prices will cause the governments of these states to implement a stringent and broader taxation system to collect revenues and run the economy. However since the public is not used to this system, they won’t easily accept this, the patron-client relationship will collapse and hence there will be a cry for accountability and democracy. Moreover, these states completely rely on oil trade, and have almost no industrialization. Hence, for the collection of revenues, the Gulf States cannot even move to industrialization. The fall in oil prices will also hinder the future infrastructure projects and the current ones won’t be sustained.

The low oil prices were the most important aspect due to which the political systems of these states were not challenged by the citizens. Due to lower prices, the Gulf States will confront severe consequences since their whole system is based on the network of oil and gas revenue. They won’t be able to suppress people anymore, due to the lack of wealth and also the public will fight for democracy.

The author is a former Intern at Global Affairs. She is pursuing her undergraduate studies in the field of Strategic Studies from National Defence University, Islamabad. She likes to write on issues pertaining to Middle Eastern Politics, Social Issues, and Strategic Affairs. 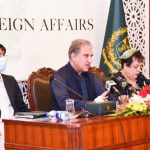 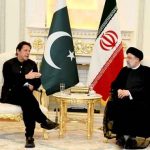