Previous Next
Prime Minister Imran Khan held separate meetings with presidents of Kazakhstan, Belarus and Iran on the sidelines of the SCO Council of Heads of State meeting in Dushanbe ON 16th September 2021.

Prime Minister Imran Khan held separate meetings with presidents of Kazakhstan, Belarus and Iran on the sidelines of the SCO Council of Heads of State meeting in Dushanbe ON 16th September 2021.

The Prime Minister conveyed heartfelt felicitations to President Raisi on his victory in the recent Presidential elections. He reaffirmed Pakistan’s commitment to continue working with Iran to further strengthen and expand brotherly ties between the two countries.

The wide-ranging talks covered the entire spectrum of bilateral relations, with a special focus on trade and economic sphere and regional connectivity. The Prime Minister highlighted his economic security agenda and Pakistan’s shift from geo-politics to geo-economics.

The Prime Minister thanked President Raisi for Iran’s consistent support on the Jammu and Kashmir dispute, especially by the Supreme Leader.

He highlighted the grave human rights situation in IIOJK and added that Iran’s just and principled position was a source of strength for the Kashmiri people, fighting for their right to self-determination.

On the situation in Afghanistan, the Prime Minister underscored Pakistan’s vital interest in a peaceful, stable and prosperous Afghanistan.

The Prime Minister stressed that there was an opportunity to finally end the conflict and war in Afghanistan after 40 years. It was essential to take urgent steps to stabilize the security situation in Afghanistan, prevent humanitarian crisis and stabilize the economy.

The Prime Minister added that the efforts for stabilization would be reinforced by respect for the rights of all segments of Afghan society and an inclusive political structure.

The Prime Minister appreciated Iran’s support for Pakistan’s initiative on engagement with Afghanistan’s neighboring countries for a coordinated approach.

The Prime Minister also stressed the importance of the international community’s engagement with Afghanistan through positive messaging and constructive practical steps.

Prime Minister while talking with President Kassym-Jomart Tokayev of Kazakhstan on the sidelines of the SCO Council of Heads of State meeting in Dushanbe said that Pakistan is resolved to comprehensively upgrade engagement with Central Asian countries through its “Vision Central Asia” policy.

He particularly emphasized the importance of connectivity and Pakistan s pivotal position in providing the shortest access route to the sea.

The Prime Minister also elaborated his vision of socio-economic development and shifting priority from geo-politics to geo-economics.

Imran Khan also underscored the importance of peace and stability in Afghanistan for Pakistan and the region. He stressed that the international community had to remain engaged to support the Afghan people, to address urgent humanitarian needs, and take steps to stabilize the economy.

The two leaders agreed to increase the frequency of high-level political exchanges. They also decided to enhance connectivity through land and air routes to promote regional integration.

Prime Minister Imran Khan and President of Belarus Alexander Lukashenko met in the capital of Tajikistan and discussed ways to strengthen bilateral relationship in diverse fields.

The meeting, held on the sidelines of 20th Shanghai Cooperation Organization Council of Heads of State (SCO-CHS) Summit, focused on closed collaboration in areas of mutual interest.

“We are very interested in cooperation with a huge country such as Pakistan. I am sure that your specialists and members of the government will find a lot of interesting for Pakistan,” said Aleksandr Lukashenko.

The head of state added that the trade between the countries is very low at the moment. At the same time, according to him, despite the difficult times, mutual trade increased considerably last year and especially this year.

Belarusian Minister of Foreign Affairs Vladimir Makei is expected to visit Pakistan in 2021. The parties agreed to intensify work on the preparation for a meeting of the intergovernmental commission. “This will help us intensify our contacts in all the areas. We have no closed topics in our relations with Pakistan,” the President said.

Aleksandr Lukashenko hailed Pakistan’s successful development, which continues despite the existing difficulties in the region. “We will be glad to contribute to this development. We are waiting for you in Minsk,” he said.

Imran Khan echoed the Belarusian leader’s opinion that the region is going through difficult times: the countries are struggling with the consequences of the pandemic, there are new security challenges after the events in Afghanistan, and various political issues need to be addressed.

According to the Prime Minister, the two countries boasts long-standing relations and enjoys especially close cooperation in agriculture and industry. He expressed hope that the visit of the Belarusian delegation would contribute to the strengthening of bilateral cooperation. 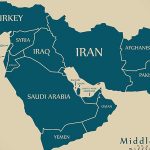 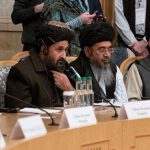