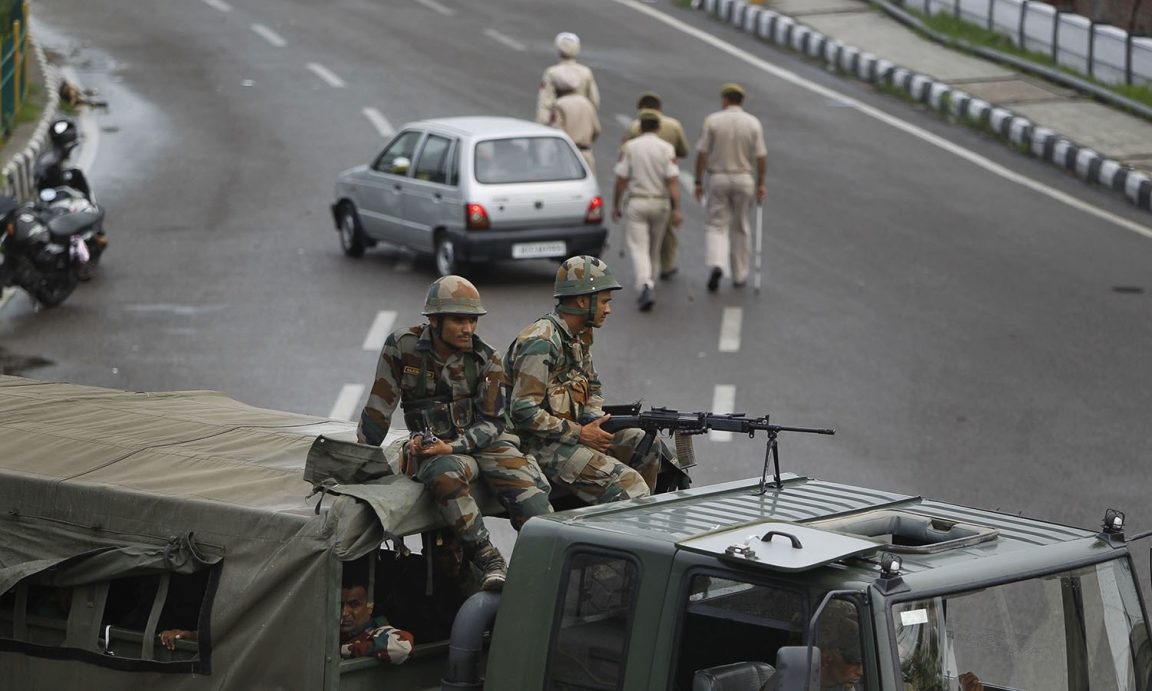 Indian army soldiers guard during restrictions in Jammu, India, Monday, Aug. 5, 2019. India's government issued a revocation of the special constitutional status of its portion of Kashmir on Monday amid an uproar in Parliament and a huge troop deployment in the region. The constitutional provision forbids Indians from outside the region from buying land or permanently settling in the Muslim-majority territory. (AP Photo/Channi Anand)

The Kashmir issue is a nuclear flashpoint between two nuclear countries that cause three wars between Pakistan and India, and creates instability in whole South Asia region. Kashmir is a disputed area due to incomplete partition between two neighboring countries since 1947. Kashmiri people are struggling to get right of self -determination and freedom from illegal occupation of India for more than seven decades. Despite having UN resolutions, international community had failed to conduct the plebiscite for more than 70 years.

Indian government on 5 August 2019 scrapped the semi-autonomous status for Occupied Kashmir enshrined in Article 370 of (India’s) Constitution and partitioned the occupied region into two separate Union territories; one Muslim majority Jammu and Kashmir and other Buddhist dominated Ladakh. The special autonomous status enjoyed by Occupied Kashmir under Article 370 was revoked through a presidential order called The Constitution Order 2019. Meantime, a bill for ‘reorganizing’ Occupied Jammu and Kashmir was adopted by Rajya Sabha to form Union Territories of Jammu and Kashmir, which will have a legislature, and Ladakh that will be without a legislature.

The revoked Article 370 guaranteed the Muslim-majority state of IOK a great deal of autonomy. It allowed IOK to have their own constitution, its own distinctive and separate flag and independence over all matters except foreign affairs, defense and communications. Article 35A had its own significance as It prohibited Indians from outside the IOK from living permanently, purchasing land, getting local government employment, or receiving educational scholarships. The spirit behind this legislation was to protect identity and culture of Kashmiri people and to preserve Kashmir’s demographic character.

The Indian government scared from unrest situation and backlash from Kashmiri people in Jammu and Kashmir, immediately deployment of tens of thousands of additional Indian troops in Occupied Kashmir, evacuation of tourists and orders for other emergency measures including suspension of internet, ban on gatherings, and eventually impose lockdown thorough IOK region. Majority Kashmiri politicians were put under house arrest.

The real intent behind the BJP action is to bring about a demographic change in the Muslim-dominated region by opening the doors for non-Kashmiri Indians to buy property and permanently settle in IOK similar to idea of illegal Israeli settlement in West bank. All attempts at demographic change by settling people from other areas in IOK are illegal under the international law. According to Article 49 of the Fourth Geneva Convention, The occupying power shall not have the jurisdiction to expel or transfer segments of its own people into the regions it occupies.

Pakistan has been extending political, diplomatic and moral support to the indigenous struggle of Kashmiri people. The Pakistani government has rightfully renewed its pledge to continue that support. However, a discussion must be initiated within the country on the extent of the support that could be extended to Kashmiri people in light of the international law that clearly accepts the right of people living in occupied territories to struggle against foreign occupation.

UNGA Resolution 3314 is very clear on this issue as it notes: “Nothing in this meaning of aggression could in any capacity partiality the right to self-determination, freedom and independence of peoples coercively denied of that right, particularly peoples under colonial and racist regimes or other forms of alien domination: nor the right of these peoples to strive to that end and to seek and receive support.”

Dealing with the aftermath of revoking of Article 370 by India would be a big test for Pakistan’s diplomacy especially after it failed to anticipate the move, despite having very clear signals. Media reports reveal that India had shared its plans for scrapping the Article 370 legislation on Kashmir with U.S and other Western powers in advance. The government must now try to make up for the lost time and launch a diplomatic blitzkrieg for sensitizing other countries about the implications of the Indian move in South Asia, while emphasizing the dispute status of Kashmir and highlighting the human rights excesses being committed by the Indian occupation forces there, which have now been well documented by the Office of UN High Commissioner for Human Rights for the second consecutive year and other human rights organizations.

Kashmir is a national problem of Pakistan that inspires feelings of brotherhood in Pakistan toward Kashmiri people. The government should immediately form a multi-political party committee with members with experience in foreign policy to activate the Kashmiri diasporas, particularly in the EU, the United Kingdom, and the United States, as well as meet legislators in the P5 countries and international human rights organizations to highlight the plight conditions of the Kashmiri people and violations of fundamental rights, such as the right of self-determination.

Pakistan should collaborate closely with China to resolve both China’s issues in Ladakh and Pakistan’s worries in IOK. Pakistan should use Chinese diplomatic power in global forums to highlight human rights violation in IOK.

Pakistan should invite UK, US and UN missions to show the differences of living conditions between GB/AJK and IOK of people.  The Pakistan government should take all conceivable steps to assure the formation of new international narrative on Indian aggression, oppression, and repression in IOK

Naveed Ahmad Khan is a student of Strategic Studies at National Defence University. His areas of interest include foreign policy, nuclear politics, international politics, and strategies of warfare. 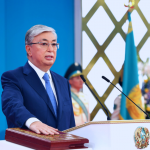