According to Noushadi, Iran is currently capable of independently producing “85% of … the equipment needed in the gas industry.” This capability allowed it to sign the contract with Moscow, he added. The CEO did not reveal when exactly the deal was struck and when the turbines are to arrive in Russia.

Russian officials have so far not commented on Noushadi’s statements. The development comes as the sanctions policies of the US and its allies have hit industry ties between Russia and its Western equipment suppliers. Earlier this year, state energy giant Gazprom had to gradually reduce gas deliveries to Europe via the Nord Stream 1 pipeline due to technical problems related to servicing turbines.

Issues arose due to sanctions on Russia that have prevented the maintenance of some equipment and the delivery of spare parts, the company said at that time. One such turbine, initially supplied to Russia by the German company Siemens, became stuck in Canada, where it had been sent for maintenance, due to Ottawa’s sanctions policy. Berlin eventually managed to get it back but it was never delivered from Germany to Russia.

Nord Stream 1 and Nord Stream 2, which hasn’t yet been launched due to Berlin’s opposition, are currently out of operation due to leaks on both pipelines due to a series of undersea explosions, which many nations believe was an act of sabotage.

Meanwhile, Russia is expanding its economic cooperation with Iran. In late September, the Iranian oil ministry announced plans to purchase nine million cubic meters of gas per day from Russia via Azerbaijan for its needs, as well as an additional six million cubic meters of gas per day, as part of a swap agreement that would see the gas exported onward to the other nations from Iranian liquefied natural gas (LNG) terminals.

The announcement was made as Tehran revealed details of a deal struck in July between the National Iranian Oil Company (NIOC) and Gazprom. The agreement involves cooperation in the field of oil and gas infrastructure development, including the construction of LNG terminals and gas pipelines, Iranian officials said. The agreement is worth $40 billion, according to local media.

On Friday, Iran’s ambassador to Russia, Kazem Jalali, also told journalists that the Islamic Republic is planning to increase imports of Russian grain and become the biggest importer of this product. “Last year, I believe, we were in second place in our purchases from Russia. Next year we will, I think, be number one,” the diplomat told the recent ‘Made in Russia’ forum. 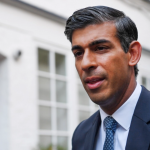 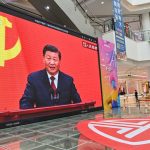