Russia has alleged some Western weapons earmarked for Ukraine will end up in the hands of “criminal gangs and terrorists” and intensify global security threats.The comments by Russia’s United Nations ambassador Vasily Nebenzya on Thursday portrayed the military aid as a threat to European and global security, accusing Ukraine’s military officials – without providing proof – of plotting to divert some of the weapons to the black market.

The remarks came after the United States announced military assistance worth $2.2bn to Ukraine and neighbouring nations “potentially at risk of future Russian aggression”, and a separate $675m package of heavy weaponry, ammunition and armoured vehicles for Ukraine.

“A significant proportion of these weapons finds itself in the hands of smugglers right from the warehouses,” Nebenzya said.

“In the darknet, you can find all kinds of offers to buy these weapons. We’ve already seen similar situations in the Balkans and the Middle East where Western military arsenals were then re-exported to Europe and then used by criminal groups on European territory or found their way into the hands of terrorists.”

Izumi Nakamitsu, the UN’s disarmament chief, warned on Thursday that the large-scale influx of weapons to conflict-affected zones, such as Ukraine, “raises many concerns including the potential for diversion”

“The United States is committed to supporting the people of Ukraine as they defend their lives, their liberty and their democracy. We are not hiding the support. Ukraine and all UN member states have every right to defend themselves and we will not stop our support to Ukraine just because Russia is frustrated that its attempt at regime change has not gone to plan,” Mills said.

“Russia’s claims that the United States and the West is escalating and prolonging this conflict are false.” 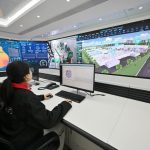 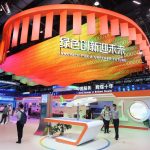