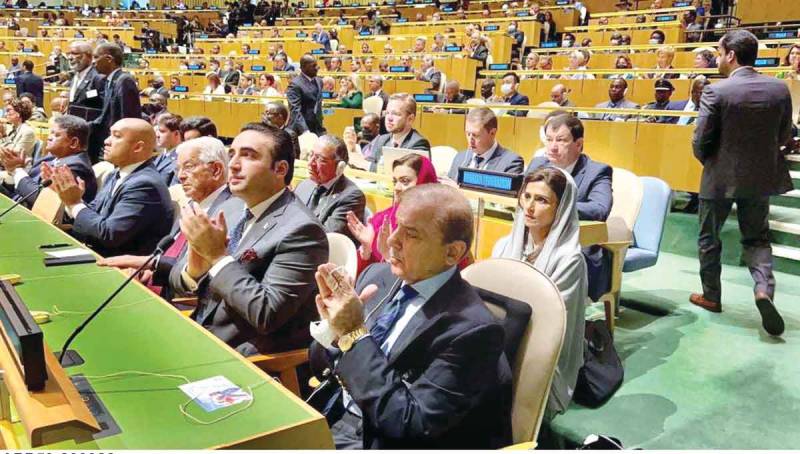 ISLAMABAD/NEW YORK     –   Prime Minister Shehbaz Sharif Tuesday said that he will present Pakistan’s case on issues of imme­diate attention during his address to the UN General Assembly’s ses­sion and bilateral meet­ings in New York. In a tweet on Tuesday after reaching New York, the

Prime Minister said he will tell to the world Pakistan’s story of deep anguish and pain arising out of a massive human tragedy caused by floods.

“Reached NY a few hours ago to tell Pakistan’s story to the world, a story of deep anguish & pain arising out of a mas­sive human tragedy caused by floods. In my address at UNGA & bilateral meetings, I will present Pakistan’s case on is­sues that call for world’s imme­diate attention,” tweets PM.

Meanwhile, in a meeting with Iranian President Syed Ebra­him Raisi, Shehbaz Sharif reiter­ated his gratitude to President Raisi and to the people of Iran for their solidarity and support with the Pakistani nation in the wake of massive floods.

Prime Minister Muhammad Shehbaz Sharif on Tuesday at­tended the opening of high-lev­el general debate of the 77th Session of UN General Assem­bly ((UNGA77) being held in the General Assembly Hall. Earli­er, the prime minister reached the UN Headquarters to attend a welcome reception hosted by UN Secretary General Antonio Guterres for the heads of state / government participating in the UNGA session. During the recep­tion, the prime minister inter­acted with New Zealand Prime Minister Jecinda Ardern.

The prime minister will spend a busy day in New York. He will also hold bilateral meetings with President of the Republic of France Emmanuel Macron, Federal Chancellor of the Re­public of Austria Karl Neham­mer, President of Spain Pedro Sanchez Perez-Castejon and President of the Islamic Repub­lic of Iran Sayyed Ebrahim Raisi.

In the afternoon, the prime minister will visit ‘The Times Centre’ for an interview with the New York Time’s editorial board.

In the evening, he will be called on by John Kerry, US Spe­cial Envoy for Climate Change 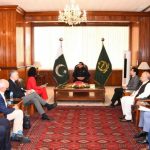