Previous Next
Pakistan's Foreign Minister Shah Mahmood Qureshi addresses the opening of a special meeting of the 57-member Organisation of Islamic Cooperation (OIC) in Islamabad on December 19, 2021. (Photo by Farooq NAEEM / AFP) (Photo by FAROOQ NAEEM/AFP via Getty Images)

The Organization of Islamic Cooperation’s Council of Foreign Ministers met Dec.19 in Pakistan. With a membership of 57 states across four continents, the OIC is the world’s second largest organization after the United Nations. The council is one of the forum’s key bodies.

In addition to foreign ministers and other envoys from member states, the conference brought together representatives from the United Nations and the members of its Security Council, European Union and several other nonmember countries like Japan and Germany as well as global financial institutions and international and regional organizations.

Addressing the assembly, Saudi Foreign Minister Prince Faisal bin Farhan Al Saud expressed the OIC’s solidarity with Afghanistan, whose people “have suffered too long.” OIC Secretary General Hissein Brahim Taha affirmed the OIC Mission in Kabul’s plans to carry out relief efforts in Afghanistan, informed the attendees, that the OIC is “ready” to “play its role in supporting humanitarian action in coordination with the relevant OIC missions and relief agencies across the Muslim world.”

Expressing his intention to work with humanitarian groups there, US special representative for Afghanistan Tom West also said he hoped to find mechanisms to deliver aid. As a harsh winter takes shape, 60% of Afghanistan’s population of 38 million faces “crisis levels of hunger,” according to UN estimates. The World Food Programme has warned that 3.2 million children there could face acute malnutrition.

These efforts would involve the Taliban government. Afghan Foreign Minister Mullah Amir Khan Muttaqi told the assembly that the “political isolation of Afghanistan” would not benefit anyone. Concluding the event, Pakistan Prime Minister Imran Khan warned the gathering that Afghanistan could become “the biggest man-made crisis in the world.”

In a joint resolution, the foreign ministers agreed to appoint a special envoy for extending assistance and arrange an institutional mechanism for disbursement of resources along with a trust fund and food security program in which the OIC will work with the United Nations to deliver aid. While the delegates resolved to “unlock the financial and banking channels to resume liquidity and flow of financial and humanitarian assistance,” the 31-point resolution was lacking in details.

The president of the Islamic Development Bank, Mohammed bin Sulaiman Al Jasser, was also among the Saudi foreign minister’s entourage. He volunteered to manage trusts for moving money into Afghanistan and creating new business opportunities.

According to the resolution, the Afghan government will have to abide by “obligations under international human rights covenants, especially with regards to the rights of women, children, youth, elderly and people with special needs.”

Ever since the Taliban took over Afghanistan, the country’s foreign reserves have been frozen. Even before the coup, international aid had made up 75% of Kabul’s budget. Many governments refuse to recognize the new regime in Afghanistan, saying that it lacks legitimacy. As a result, the new government lacks the funds to pay its employees.

As OIC chair, Riyadh had called for a meeting on the worsening humanitarian situation in Afghanistan and Pakistan offered to host.

Just before the OIC session, Mohammed Al Sulami, head of the International Institute for Iranian Studies in Riyadh, observed to Al-Monitor, “From the agenda of the meeting it’s very clear that the focus will be on the situation in Afghanistan. The Saudi perspective is well known and there’s an immediate necessity to provide the Afghan people with humanitarian aid.”

Nevertheless, he explained, “Despite the aforementioned [aid], I don’t think the kingdom this time is interested in discussing the political side or recognizing the Taliban as a legitimate government in Afghanistan. However, it is likely that Saudi will emphasize the importance of cooperation between OIC member countries to avoid Afghanistan becoming a hub of terrorist and radical groups.”

Pakistan’s Foreign Minister Shah Mehmood Qureshi also made it clear at the OIC meeting that the special summit on the Afghanistan crisis did not constitute an official recognition of the Taliban regime.

Discussing Islamabad’s role, Pakistan’s former ambassador to Riyadh Javed Hafiz told Al Monitor, “The special meeting of OIC foreign ministers in Islamabad specifically on Afghanistan is a seminal event. Forty-one years ago, a similar meeting was held in Islamabad. Afghanistan today is in dire straits. Pakistan is in the forefront, asking the international community to extend much needed humanitarian assistance.”

Khan has approved 5 billion Pakistani rupees ($28 million) in humanitarian aid for Afghanistan and allowed Indian food assistance to be shipped through Pakistani territory.

Hafiz added, “An unstable Afghanistan is not in Pakistan’s interest. This is also an opportunity for the OIC to bolster its image, which has not been very flattering.” 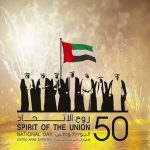 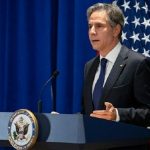