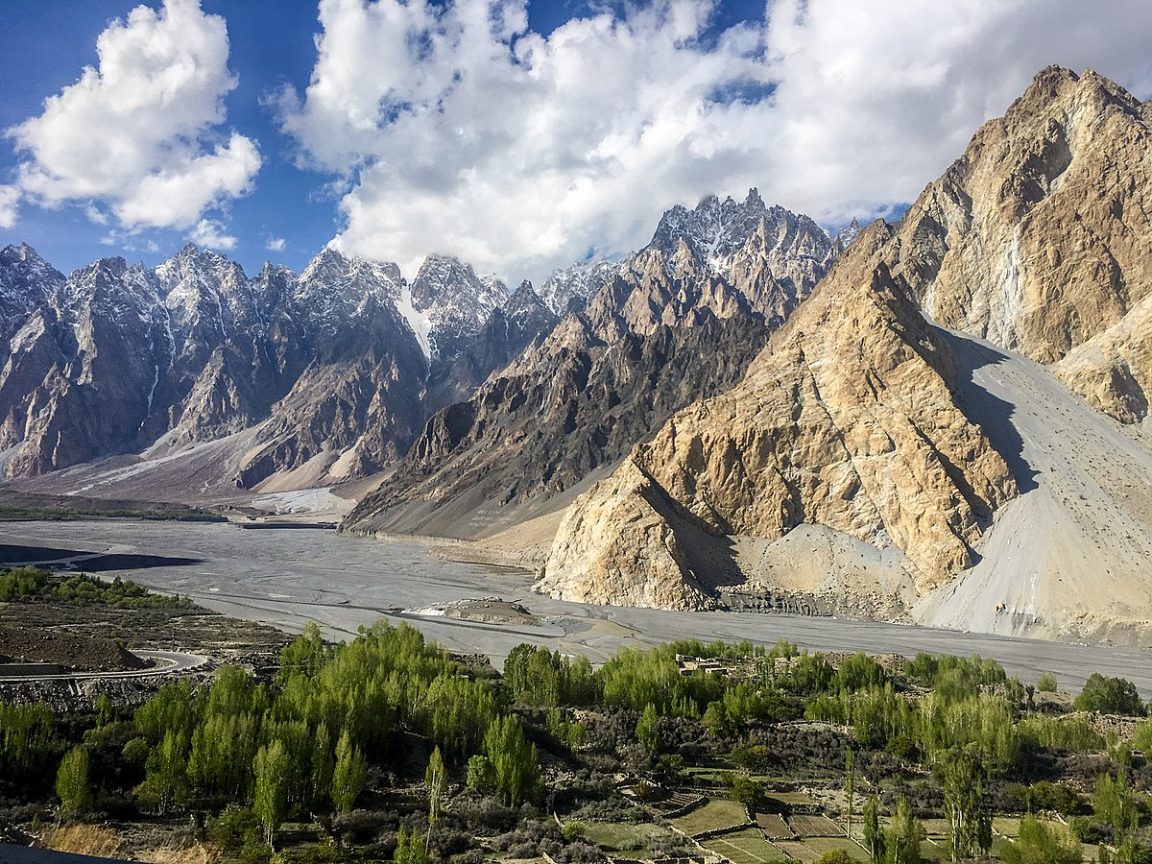 In the world of tourism, the village of Pasu, located in the upper Gojal area of ​​Hunza district, has gained a mythical status. The reason for this fame is the natural beauty, which is prominent everywhere in the form of cones, rising rocks, lush green fields, wide rivers, small but beautiful gardens and delicious fruits.

In the valley, when darkness falls, and the sun’s rays slowly rise and fall, it is as if a bride is wearing a red dress. We used to watch this scene from Gulmit in the morning and evening, but it was amazing that each time the scene seemed new. There are millions of people in the world who are addicted to this scene, who come in droves every year to see it, and when they return to their homeland after the Yatra, they must mention the triangular peaks of Passu Cones. Thousands of pictures of this mountain are posted on the internet every year.

But, Passu is not just the name of this beautiful mountain. Historically, Passu was a large village. According to the well-known German researcher Hermann Krotsmann, the Passu Valley is one of the first Wakhi-speaking populations in Gojal. He says that the Wakhi speakers migrated from Wakhan hundreds of years ago and settled in different parts of the Gojal Valley, including Passu. There are signs of Kyrgyz presence here before them. Professor Hermann writes that in 1790, the population of Passu consisted of 10 to 12 families. In their writings, published around 1890, Dr. Lutner and Lockhart show that the population of Passu is 40 families.

Local elders said that the population of Passu was once spread to today’s desolate and barren Kunghost / Sholmol. This may be from prehistoric times, when water used to reach these areas from the Passu Glacier in the northwest of the village. Now the Passu Glacier has shrunk compared to the past, and as a result parts of Qonghost, Sholmol and Borit (part of Ghalkan village, which I will write about in detail in the future) have become uncultivable.

To the northwest of Passu village is the Batura Glacier, 56 km long, parallel to the Passu Glacier, but across a hill, and to the northeast is the Shamshal Valley. To the north is the Upper Gojal Valley, from where the Khunjerab and Chaporson rivers flow. Located at the confluence of the Batura Glacier, the Shamshal River, and the Khunjerab and Chaporson Rivers, Passu has experienced some of the greatest floods and other natural disasters in history. These natural disasters have caused severe damage to the river several times, and thanks to these floods, the riverbed is very wide at the place of the river.

Referring to the book by local historian Haji Qudratullah Baig, Dr. Herman writes in his article, “After the Flood,” that many families moved from Passu to Hussaini, Khyber and Chapurson due to natural disasters in the distant past.

He writes that the Hunza River was completely stopped by a landslide in 1941 near Attaabad (local ancient name Ghamisar). Due to the closure of the river, the water level rose and several villages, including the lower part of Gilmat and Passu, were inundated. The floods also devastated the lower reaches of Gilmat and Ganesh.

He further writes that after this flood, Passu was resettled. Floods emanating from the Batura Glacier and floodwaters from the rupture of glacial lakes in the Shamshal Valley have repeatedly caused severe damage to Passu and other villages in the area. The land is still eroded by the river, and farmers have to bear the loss of millions every year.

This trend of population is still going on. Thirty years ago, the people of Passu have made the place known as “Dasht” “Janabad” with their hard work.

Despite the destruction of lands, Passu is one of the largest villages in the Gojal Valley in terms of area.

Along with the Batura Glacier, there is a beautiful and vast pasture, which the locals call “Batura”. The beauty of the pasture called Batura is visible. Understand that this pasture is actually a high-altitude village, where people have built houses, and even stay here in the summer. At one time, farming was also done on a limited scale here.

Elders have told many stories of her time in Batura Glacier. The Batura pasture in his stories is a vast and long plot of land consisting of flowers and greenery, on which Allama Iqbal’s motto “A silence on which even destiny is sacrificed” fits. 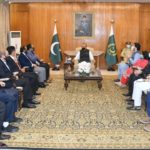 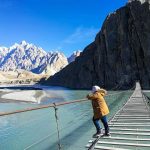