Geographically, the village of Khudaabad is located at the confluence of the Khunjerab and Chapursan rivers in front of the border town of Sost. The village can be divided into three sub-villages, Imamabad, Karimabad and Khudaabad according to the locals. One hundred percent of the village’s population is made up of Broshki speakers. The village has a population of about 140 households and about 1,200 people.

Most of the inhabitants of Khudaabad belong to the three major tribes of Central Hunza, Dramatang, Khorokz and Bratlang. Most of the families in the village earn their living from landlordism, while many young and old also serve in government and non-government organizations.

After Mir Ghazan Khan I, his eldest son Mir Safdar Ali Khan became the ruler of Hunza. At the same time, the British attacked Hunza and Nagar in full force and occupied the area. After the fall of Hunza and Nagar, the rulers of both the states fled. Mir Safdar Ali Khan fled with his supporters to Yarkand (present-day Xinjiang). Hunza was ruled by his half-brother Nazim Khan according to the wishes of the British.

Mir Nazim Khan wanted the Hunza claimants to be weakened or kept away from the central government. It was necessary for him to do so because many people were not ready to recognize his right to rule.

Gashpur Nafees Khan was also a claimant to the Hunza throne. During his exile in Yarkand, when he found out that his half-brother Nazim Khan had been made ruler, he too returned and claimed the throne. But the British had made Nazim Khan the ruler with the help of Humayun Khan, so Gashpur Nafees Khan’s claim was not accepted.

According to a document written in 1926, Gashpur Nafees Khan was given land from the river bank to the canal as a jagir. Since then, the tough landowners of Khudaabad have left no stone unturned in settling this barren land.

Today, Khudaabad is a laughing village. The swaying fields and orchards full of fruits reflect the hard work and skill of the hardworking people who made this desert their home almost a century ago at the behest of the ruler and then in renovating this house. Just spend your lives. 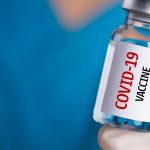 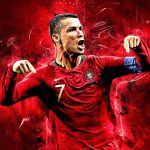