In a statement issued on Sunday after the conclusion of Mr Chollet’s visit to Pakistan, the US Embassy in Islamabad said the United States and Pakistan had a robust partnership based on decades of bilateral cooperation and support.

While in Pakistan, Mr Chollet and a delegation of senior US government officials from the Department of State, Department of Defence, US Agency for International Development and the White House National Security Council visited Islamabad and Karachi from Sept 7 to 9 and met senior government officials, civil society members and private sector leaders to commemorate 75 years of diplomatic relations between the two countries, highlight the importance of bilateral partnership, and reaffirm shared goals.

During his meeting with Prime Minister Shehbaz Sharif, Mr Chollet discussed strengthening the US-Pakistan bilateral relationship, including increased cooperation on trade and investment, climate and health. He also highlighted the strong bilateral health partnership between the two countries, particularly the US commitment to donate more than 77 million Covid-19 vaccine doses to Pakistan, it said.

Mr Chollet, who also serves as a senior policy adviser to US Secretary of State Anthony Blinken, also met Chief of the Army Staff Gen Qamar Javed Bajwa and discussed opportunities for the United States to support Pakistan’s flood response and security cooperation. As an example of that cooperation, the US official informed the Pakistani leadership that the Department of State had formally notified Congress of a $450 million foreign military sales case for sustaining Pakistan’s F-16 fleet.

In a meeting with Finance Minister Miftah Ismail, the senior US official discussed the importance of entrepreneurship and Pakistan’s economic potential, emphasising the promise offered by Pakistan’s youth. At a roundtable with civil society representatives, the counsellor heard about their activism in upholding democracy, defending marginalised populations, and empowering women, the statement said.

Mr Chollet, who was accompanied by an interagency delegation, emphasised the depth of the existing commercial ties between the two countries, noting that bilateral trade reached nearly $9 billion in 2021, and that the United States is Pakistan’s largest single export market and one of its largest sources of foreign investment, with US direct investment growing by 50 per cent in the past year.

In Karachi, Mr Chollet met Sindh Chief Minister Murad Ali Shah to discuss opportunities to expand US-Pakistan commercial partnerships and other shared priorities. They also discussed current conditions in Sindh, including the extensive damage caused by ongoing flooding and how US assistance was reaching the people in need.

The counsellor also visited the Jamia Islamia Clifton madrasa, which is operating as a distribution centre for humanitarian relief. He was joined by the Karachi administrator and a diverse group of local religious leaders.

In his engagements with Karachi women entrepreneurs and business leaders, Mr Chollet underscored that the United States remained committed to bolstering economic partnership, increasing bilateral trade, and promoting additional US business and investment in Pakistan through a wide range of cutting-edge services, partnerships and programmes. 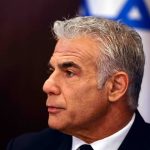 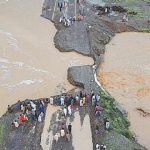