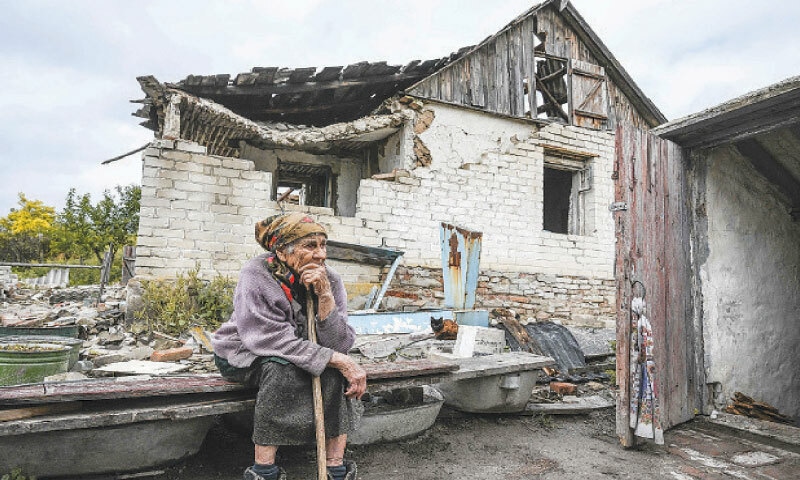 KRAMATORSK: Russia said on Tuesday it was carrying out “massive strikes” across the Ukrainian front line and accused Ukrainian soldiers of abusing civilians in territories recaptured in a dramatic counter-offensive.

Moscow’s retaliation came after it was forced to pull back its troops from swathes of the northeast, particularly in the Kharkiv region, following Kyiv’s lightning assault to wrest back terrain.

The territorial shifts marked one of Russia’s biggest setbacks since its troops were repelled from Kyiv in the earliest days of the nearly seven-month war, yet Moscow signalled it was no closer to agreeing to a negotiated peace.

“Air, rocket and artillery forces are carrying out massive strikes on units of the Ukrainian armed forces in all operational directions,” the Russian defence ministry said in its daily briefing on the conflict.

“High-precision” strikes have also been launched on Ukrainian positions around Sloviansk and Konstantinovka in the eastern Donetsk region, it added. The Kremlin accused Kyiv’s army of abusing civilians in territory it had recaptured.

Zelensky claims to have retaken 6,000 sq km from Russia

President Vladimir Putin’s spokesman said that in the Kharkiv region, reports were emerging of “outrageous” treatment of civilians.

Russia’s allegations came after Ukrainian authorities claimed to have found four bodies of civilians with “signs of torture” in the recaptured eastern village of Zaliznychne.

‘Too early to tell’

Around the north-eastern town of Balakliya, AFP journalists saw evidence of fierce battles, with buildings destroyed or damaged and streets mostly deserted.

By Monday, President Volodymyr Zelensky said that Ukraine’s forces have retaken a total of 6,000 square kilometres (2,320 square miles) from Russian control. In the northeast, dozens of areas including the cities of Izyum, Kupiansk and Balakliya, have been retaken, Ukraine said.

Ukraine’s defence ministry said on Tuesday it had shot down an Iranian-made Shahed-136 drone used by Russia’s armed forces in the northeastern region of Kharkiv, the first time Kyiv claimed to have eliminated one of the devices.

Ukraine and the United States have accused Iran of supplying drones to Russia, something Tehran has denied. The defence ministry posted images of what appeared to be parts of a destroyed drone with “Geran-2” written on the side in Russian. The wingtip appeared to match that of a Shahed-136.

It said the drone, or unmanned aerial vehicle (UAV), had been “eliminated” near Kupiansk, a town in the Kharkiv region recently recaptured by Ukraine.

Military experts have said Iranian drones would be useful to Russia for both reconnaissance and as loitering munitions that can bide their time in locating and engaging suitable targets. 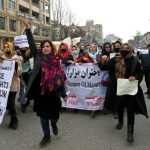