ISLAMABAD: International agencies have sounded the alarm over the acute food crisis expected to hit Pakistan in the wake of catastrophic floods as the UN chief declared that climate change impacts were “heading into uncharted territories of destruction”.

The International Federation of Red Cross and Red Crescent Societies (IFRC) and the International Commi­t­tee of the Red Cross (ICRC) warned on Tuesday that the number of acutely hungry people in Pakistan was expec­ted to rise substantially, since at least 43 per cent of the population was said to be food insecure even before the floods hit.

Some 21 million acres of crops were under water, and an estimated 65pc of the country’s food basket — crops like rice and wheat — had been destroyed, with over 733,000 livestock reportedly killed, the IFRC and ICRC said in Geneva on Tuesday.

Separately, at the launch of a multi-agency scientific report reviewing the latest research on climate change that warned that the world is “going in the wrong direction”, United Nations Secr­e­tary General Antonio Guterres, who recently concluded a visit to Pakistan’s flood-hit areas, noted: “Heatwaves in Europe. Colossal floods in Pakistan…There is nothing natural about the new scale of these disasters.”

With greenhouse gas concentrations continuing to rise in the atmosphere and world leaders failing to adopt strategies to hold global warming below 1.5 degrees Celsius above pre-industrial temperatures, the earth is inching closer to dangerous climate tipping points, the United in Science report says.

In the meantime, the director general of the UN’s Food and Agriculture Organisation (FAO), Qu Dongyu, has affirmed that the organisation would continue its support to the government of Pakistan in addressing the effects of the floods on the agriculture sector.

Meanwhile, the World Health Organisation (WHO) opened an emergency operations centre in Swat on Tuesday and provided urgently needed essential medicines in the area.

The organisation has donated essential equipment such as operation theatre lights and anaesthesia machines and has set up an emergency operations centre to be the central hub for disseminating water purification tablets, vaccines and nutritional supplements.

During a meeting with Pakistan Ambassador to Rome Jauhar Saleem on Monday, the FAO chief explained that the organisation’s emergency response would target livestock vaccination, distribution of animal feed and the distribution of agricultural production inputs for the upcoming Rabi season, among other areas of support. 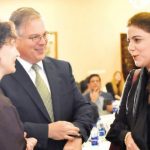 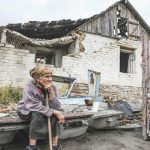