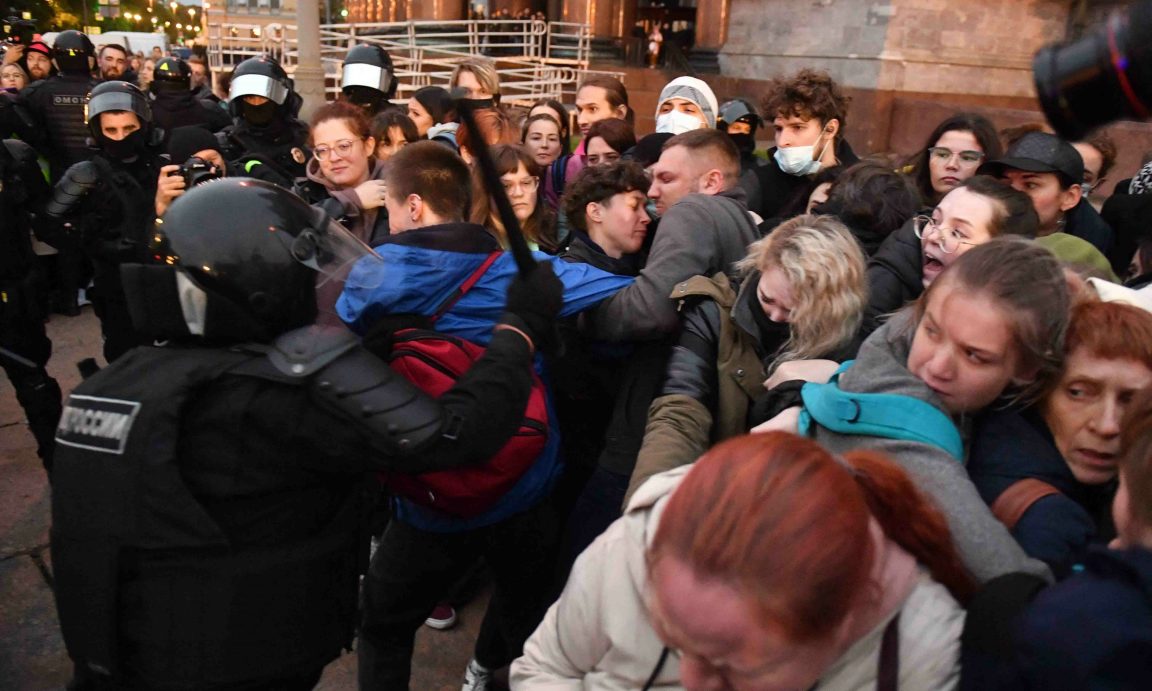 Police officers detain demonstrators in Saint Petersburg on September 21, 2022, following calls to protest against partial mobilisation announced by President Vladimir Putin. - President Vladimir Putin called up Russian military reservists on September 21, saying his promise to use all military means in Ukraine was "no bluff," and hinting that Moscow was prepared to use nuclear weapons. His mobilisation call comes as Moscow-held regions of Ukraine prepare to hold annexation referendums this week, dramatically upping the stakes in the seven-month conflict by allowing Moscow to accuse Ukraine of attacking Russian territory. (Photo by OLGA MALTSEVA / AFP)

MOSCOW: More than 400 people have been arrested at demonstrations across Russia against President Vladimir Putin’s announcement earlier of a partial mobilisation of civilians to fight in Ukraine, a police monitoring group said on Wednesday.

The OVD-Info monitoring group said at least 425 people were detained at rallies in 24 different cities across the country after Putin’s announcement in an address to the nation.

Journalists in the centre of the Russian capital said at least 50 people were detained by police wearing anti-riot gear on a main shopping street.

Protesters were chanting “no mobilisation!” “I came out to the rally planning to participate, but it looks like they’ve already arrested everyone. This regime has condemned itself and is destroying its youth,” said Alexei, a 60-year-old resident who declined to give his last name.

“Why are you serving Putin, a man who’s been in power for 20 years!” a young protester shouted at one policeman. “I came to say that I am against war and mobilisation,” Oksana Sidorenko, a student, said.

“Why are they deciding my future for me? I’m scared for myself, for my brother,” she added.

Defence Minister Sergei Shoigu said Wednesday that Russia would initially mobilise some 300,000 reservists, after Putin in a televised address warned Russia would use all available military means in Ukraine.

Flights out of Russia were nearly fully booked this week, airline and travel agent data showed Wednesday, in an apparent exodus of people unwilling to join the conflict. 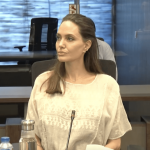 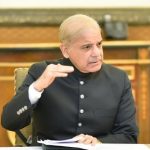