ISLAMABAD: Pakistan’s outgoing Ambassador to Turkey Dr Muhammad Syrus Sajjad Qazi has been asked by the government to return to the headquarters as soon as he relinquishes charge in Ankara. Junaid Yousaf has been appointed ambassador to replace him.

Well-placed diplomatic sources told The News that Dr Syrus Qazi would be replacing Sohail Mahmood as the Foreign Secretary, who is attaining superannuation at the end of the month. Syrus Sajjad Qazi is a Grade 21 officer and his elevation is due shortly.

The promotion board under the prime minister will meet soon to take up promotions of a number of Grade 21 officers to next grade, including Syrus Qazi. The Establishment Division has made preparations for the board’s meeting, the sources said.

Pakistan’s ambassador to the Philippines, Dr Imtiaz Ahmad Qazi, and ambassador to Brazil Dr Ahmad Hasan Dayo are also among the Grade 21 officers of the Foreign Office who are aspiring for promotion. Their cases may also be considered by the promotion board. The sources reminded that the new foreign secretary would be announced next week after consultations between Prime Minister Shehbaz and Foreign Minister Bilawal Bhutto Zardari. The input by State Minister for Foreign Affairs Ms Hina Rabbani Khar would also be having weight in the matter. After ultimate consultations, it is likely that the new appointment would be announced in a week.

Pakistan’s outgoing ambassador to Italy, Jauhar Saleem, Pakistan’s incumbent ambassador to China Moinul Haq and designated ambassador for Japan Raza Bashir Tarrar are also in the run for the top slot of the Foreign Service since all the three are already in Grade 22. But the sources said that the decision had already been made in principle to bring Dr Muhammad Syrus Sajjad Qazi as the new Foreign Secretary by the quarters concerned.

Jauhar Saleem has been appointed Director General Foreign Service Academy (FSA) after returning from Rome, the sources added. The sources pointed out that the government has already made an unjustifiable delay in appointing the replacement of the outgoing foreign secretary since a number of significant intentional events have been scheduled for the next few weeks. The Shanghai Cooperation Organisation (SCO) is taking place on 15th of this month in Samarkand where Prime Minister Shehbaz Sharif will be representing Pakistan. Importantly Chinese President Jinping Xi, Russian President Vladimir Putin and Indian Prime Minister Narendra Modi will also be attending the summit. It will provide an occasion to Prime Minister Shahbaz to have maiden meetings with all the three important dignitaries of the region.

Soon after returning from Uzbekistan, the prime minister will be leaving for New York to represent the country in the United Nations’ General Assembly’s 77th summit, which will be an international forum to highlight Pakistan’s case with regard to flood havoc and other issues, including the Kashmir dispute. 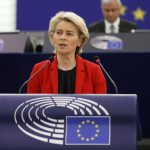