KYIV: Russian-installed authorities in an occupied Ukrainian region on Monday suggested plans for a referendum on joining Russia had been delayed as Moscow blamed Western sanctions for a halt in gas supplies across Europe.

Since the first weeks of the February invasion, Kherson and the southern region of Zaporizhzhia have been largely under Russia’s control and are now being forcefully integrated into its economy.

Moscow-backed authorities have been for several weeks talking of holding referendums to officially join occupied territories to Russia, as happened in the 2014 annexation of Crimea.

But Kirill Stremousov, a pro-Moscow official in Kherson, told Russian state TV that “we will pause for now” despite preparing for a referendum due to “all the events that are occurring”, amid a Ukrainian counter-offensive. He later moderated his comments, saying the move “was not a pause” because no precise date had been set. “The referendum will take place no matter what. No-one will cancel it,” Stremousov said in a video posted on Telegram.

Ukrainian forces have claimed gains in their counter-offensive in the south, saying they have recaptured several areas and destroyed targets including a pontoon bridge.

Ukrainian President Volodymyr Zelensky announced the recapture of two villages in the south and one in the east, without giving their names.

The deputy head of the presidential administration, Kyrylo Tymoshenko, also tweeted a photo of a Ukrainian flag being raised in the village of Vysokopillia in the north of the Kherson region.

The Kremlin said on Monday the halt of gas deliveries to Germany via the Nord Stream pipeline was due to Western sanctions hampering maintenance, after the key infrastructure was closed indefinitely for repairs.

Western sanctions “prevent the units from being serviced” and moved with “appropriate legal guarantees” and “have brought the situation to what we see now”, said Kremlin spokesman Dmitry Peskov.

“It is the collective West — in this case the European Union, Canada and Britain — that are to blame for the situation reaching this point,” Peskov said.

Russian gas giant Gazprom announced the Nord Stream pipeline due to reopen at the weekend would remain shut for more repairs after “oil leaks” in a turbine.

As the sanctions have been tightened, Russia has reduced or halted supplies to different European nations, causing energy prices to soar.

Meanwhile the European Union signed a deal with Ukraine on Monday to release a further 500 million euros ($497 million) in planned aid, for housing, education and agriculture.

The European Commission — the EU’s executive arm — announced the package at a Brussels meeting with Ukrainian Prime Minister Denys Shmygal.

In Kyiv, Ukraine’s power plants operator said the embattled Zaporizhzhia nuclear site’s last working reactor had been switched off from the grid after being disconnected from its last remaining power line due to shelling. 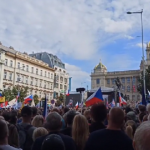 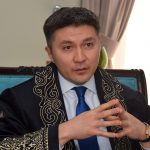