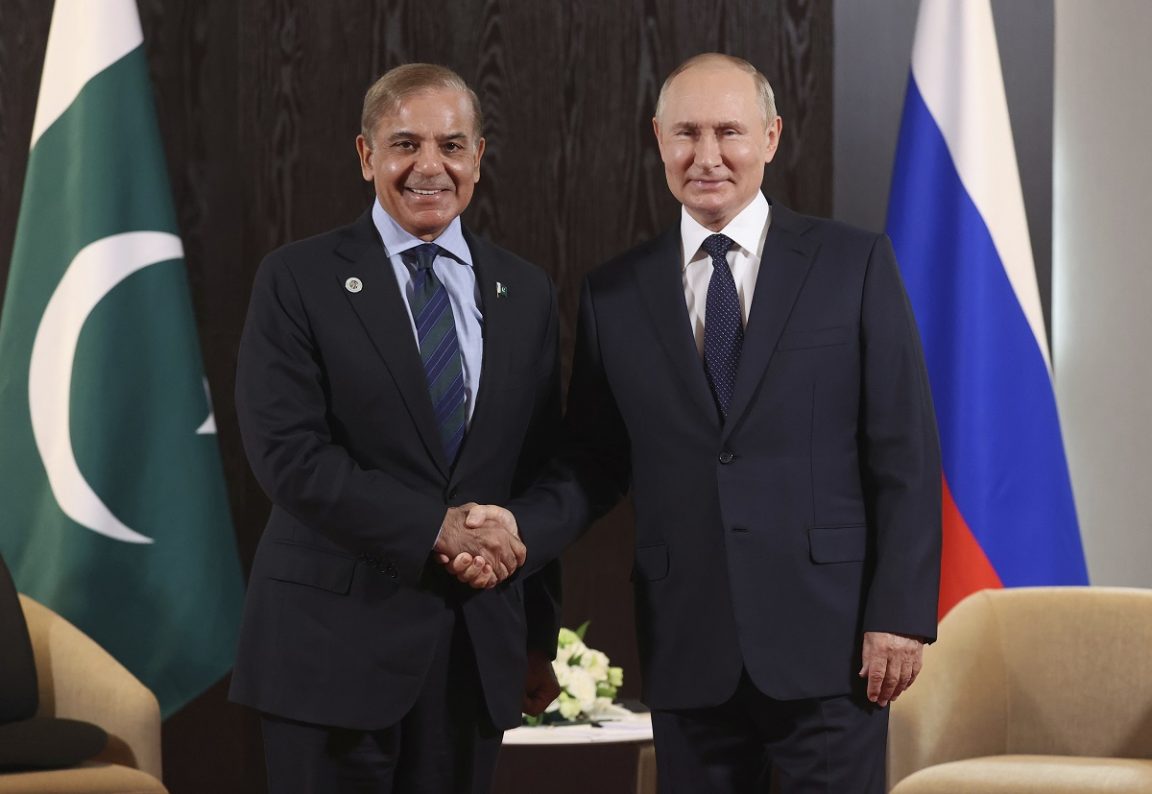 Prime Minister Shehbaz Sharif and Russian President Vladimir Putin met in Samarkand on Thursday in a significant move that highlights that despite the change of government in Islamabad both the sides are keen to deepen their bilateral cooperation.

Shehbaz is in Samarkand to attend the Shanghai Cooperation Organisation (SCO) summit and held several bilateral meetings with member states.

But his meeting with Russian President Putin was seen as the main highlight in the wake of domestic controversy stemming from the ouster of Imran Khan in April through a vote of no confidence.

The meeting was significant given the fact that former prime minister Imran Khan accused the US-backed conspiracy for his ouster in April for pursuing close ties with Moscow.

Imran had said that Washington was not happy with his decision to visit Moscow in February as Putin was preparing to invade Ukraine. Hours before his meeting with Putin at the Kremlin, Russia had invaded Ukraine.

The ousted prime minister later claimed citing a diplomatic cable that the US had warned him that if a vote of no confidence did not succeed Pakistan would have to pay the heavy price.

Imran also claimed that he was ousted from power since he refused to take the US dictation on the foreign policy issues.

But Shehbaz’s meeting with Putin at the sidelines of the SCO summit indicates that Pakistan is not turning its back on Russia and continues to maintain a delicate balance in its ties with Washington and Moscow.

The two former Cold War rivals have long been seeking rapprochement much before Imran came to power. The two countries decided to bury their bitter past and adjust to the new realities.

As Russia’s long-standing strategic ally, India, has developed close ties with the US, Moscow and Islamabad, too, tried to diversify their options.

After Imran’s ouster, the Russian media blamed the US for being behind it but in a meeting with Shehbaz, Putin indicated that he was willing to work with the new dispensation in Islamabad.

Russian state-owned news agency RIA reported President Putin telling Prime Minister Shehbaz that gas supplies to Pakistan were possible, and that part of the necessary infrastructure was already in place.

A Pakistani official, who was part of the PM’s delegation, told The Express Tribune from Samarkand that the meeting was “warm, cordial and constructive”.

The official, while requesting anonymity, said there were multiple opportunities for both the sides to deepen their cooperation.

A statement issued by the PM Office said the two leaders discussed bilateral ties and exchanged views on regional and international issues.

The prime minister thanked President Putin for Russia’s expression of solidarity and support for the people affected by the massive floods in Pakistan. The prime minister also shared the details of the devastating impact of this climate induced calamity.

The prime minister expressed satisfaction at steady growth of Pakistan-Russia relations, which were marked by strong mutual trust and understanding.

The prime minister reaffirmed Pakistan’s commitment to work closely with Russia to further expand and strengthen cooperation between the two countries across all areas of mutual benefit including food security, trade & investment, energy, defence and security.

It was agreed to convene the next meeting of the Inter-Governmental Commission (IGC) in Islamabad at an early date.

Appreciating Russia’s constructive role in Afghanistan, the prime minister said that both Pakistan and Russia had vital stakes in a peaceful and stable Afghanistan.

The prime minister said that it was essential to intensify the pace of international engagement on Afghanistan and reaffirmed Pakistan’s commitment to support all regional and international efforts to stabilize Afghanistan.

On the first day in Samarkand, Prime Minister Shehbaz held several bilateral meetings, including with Iranian President Ebrahim Raisi, another US rival.

The back-to-back meetings with Washington’s adversaries— Russian and Iranian leaders—indicate that Pakistan is trying to maintain a balanced foreign policy. 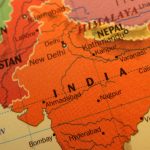 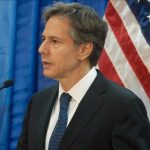