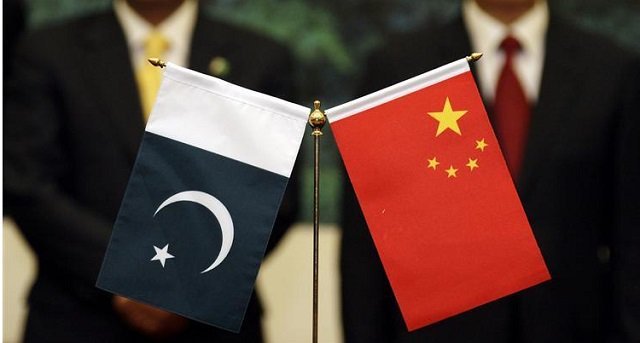 Beijing on Sunday appreciated and acknowledged the measures taken by Islamabad to ensure the safety and security of its projects and personnel in Pakistan as well as the efforts made towards unearthing the terrorists and their facilitators targeting Chinese nationals.

Islamabad and Beijing also agreed to the need for countering the agendas of the hostile elements in ensuring safety and security of Chinese personnel and projects in Pakistan through mutual efforts.

The acknowledgment came and decisions were made during the 9th meeting of the Joint Working Group on Safety and Security of the China Pakistan Economic Corridor (CPEC) held at the Chinese Embassy.

The meeting was co-chaired by Special Secretary Ministry of Interior Saif Anjum and the Chinese ministry of public security director general. Ambassador of China to Pakistan Nong Rong was also present in the meeting.

“It was reiterated that ensuring safety and security of CPEC projects in Pakistan is of immense significance in furthering the bilateral relations,” an official statement read.

“In order to further enhance the prospects of bilateral relations, [an] in-principle agreement had been made on various joint measures including furthering cooperation in the law enforcement domain and capacity building of the law enforcement agencies,” it added.

Both sides also mulled over the proposal of establishing a separate joint working group for the security of non-corridor projects.

“[Islamabad and Beijing] agreed to the need of countering the agendas of the hostile elements in ensuring safety and security of Chinese personnel and projects in Pakistan through mutual efforts,” the statement added.

Earlier this year, China’s most senior and influential diplomat Yang Jiechi, a member of the Politburo of the Central Committee of the Communist Party of China (CPC) and director of its Central Commission on Foreign Affairs, had visited Pakistan.

Reportedly, he was on a special mission against the backdrop of Chinese concerns over the security of its nationals in Pakistan after the increased attacks against its interests and personnel.

It was said he had come to discuss two main issues: security of Chinese and dues of Chinese companies particularly in the power sector. However, officials had back then said  China said it could compromise on the issue of dues but it would never be on the security of its national.

China was particularly concerned over the lack of progress in investigation into the Karachi University attack in April in which three Chinese teachers were killed. It wanted progress into the case and persecution of those behind the attack.

Sources had claimed at that time that the top Chinese official was informed that the mastermind of Karachi University attack was arrested and another suspect killed.

It was said the Karachi University attack was claimed by Majid Brigade, a wing of Baloch terrorist organisations formed especially to target CPEC and Chinese interests in Pakistan.

China shares Pakistan’s concerns that Majid Brigade is being backed by external forces, including India.

Because of increased attacks on its nationals, China wanted to bring its own security but the proposal was not acceptable to Pakistan as it had assured Beijing to ensure foolproof security for its nationals.

On July 29, the Chinese ambassador to Pakistan had called on Chief of Army Staff (COAS) Gen Qamar Javed Bajwa at the GHQ.

During the meeting, matters of mutual interest, defence collaboration, progress on CPEC and regional security were discussed in detail.

The COAS had said that Pakistan valued China’s role in global and regional affairs and the country looked forward to enhancing the strategic partnership.

The army chief had reiterated that Pakistan remained committed to cooperate with its international partners for peace and stability in the region.

Ambassador Rong had thanked the army chief for the special measures taken for provision of safe and secure environment for Chinese personnel employed on various projects in Pakistan and efforts towards regional stability.

He had also assured to play his role for further improvement in diplomatic cooperation with Pakistan at all levels. 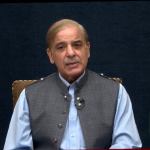 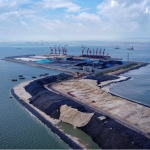