ISLAMABAD: As Pakistan prepares to celebrate August 14 as the Independence Day, Indian Prime Minister Narendra Modi has decided to observe the day in India as “Partition Horrors Remembrance Day”.

The Pakistan Foreign Office has reacted strongly and advised New Delhi to desist from politicising the events related to Independence and instead sincerely honour the memories of all those who sacrificed for a better future for all. “Pakistan strongly denounces the BJP government’s mischievous move of observing ‘Partition Horrors Remembrance Day’ on August 14. True to its characteristic revisionist agenda, the BJP, RSS-led dispensation has again sought to hypocritically and one-sidedly invoke the tragic events and mass migration that occurred in the wake of Independence in 1947,” said the FO spokesman.

He pointed out that it was deplorable that the BJP government, as part of its divisive political agenda, was wantonly attempting to play with the sentiments of people through distorted interpretation of history.

“If Indian leaders genuinely care about agony, suffering and pain, they must work to improve the conditions of Muslims and other minorities in India. The last seven decades have been replete with undeniable proof that India’s espousal of secularism was a sham. The fact is that today’s India is an undeclared ‘Hindu Rashtra’ that has no place or tolerance for other religious minorities, especially Muslims who are faced with discrimination, persecution and political and socio-economic exclusion,” he said. 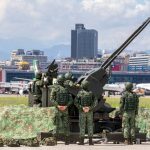