Chinese President Xi Jinping, on behalf of the Communist Party of China (CPC) Central Committee and the State Council, extended Spring Festival greetings to all Chinese Sunday at a reception in Beijing.

Xi, also general secretary of the CPC Central Committee and chairman of the Central Military Commission, delivered a speech at the gathering at the Great Hall of the People, greeting Chinese people of all ethnic groups, compatriots in Hong Kong, Macao and Taiwan, and overseas Chinese.

This year’s Spring Festival, or the Chinese Lunar New Year, falls on Feb. 1.

Xi said all the achievements made by the Party and the people in the past 100 years are attributed to unity and hard work, which is the most remarkable spiritual symbol of the CPC and the Chinese people.

“As long as the 1.4 billion Chinese people always stay united and the 95 million CPC members always stay close to the people for a shared future, we will surely be able to continue creating impressive miracles on the new journey ahead,” Xi noted.

Xi said that the year 2021 witnessed remarkable progress for the Party and the country, listing major events including the celebration of the CPC centenary, the adoption of the third historical resolution in the Party’s 100 years of history, the victory in the fight against poverty, the attainment of the first centenary goal of building a moderately prosperous society in all respects, and the start of a new journey to fully build a modern socialist China.

Last year, China maintained its leading position in the world in terms of both economic development and COVID-19 control, Xi said. He cited China’s progress in its high-quality development, capabilities in strategic science and technology, reform and opening-up, and people’s well-being.

Xi said comprehensive plans had been made for China to reach its carbon peaking and carbon neutrality goals.

Xi also noted that order in Hong Kong had been restored, and more efforts were made to combat separatist forces and facilitate reunification.

The country’s overall social stability had been well maintained, and the 14th Five-Year Plan period got off to a good start, Xi said.

“No matter what twists and turns or challenges we may face, we must carry forward the CPC’s great founding spirit, and keep in mind that one thrives in adversity and perishes in laxity,” Xi said.

“We ought to have a long-term perspective, be prepared for potential dangers even in times of calm, and maintain strong unity and work hard, so as to keep driving forward the great cause of national rejuvenation,” he emphasized.

Xi said the CPC will convene its 20th national congress in the second half of 2022 to review the last five years of work and draw the development blueprint for the period to come.

Stressing concrete actions for the congress, Xi urged efforts to advance reform and opening-up across the board, promote high-quality development, and ensure and improve the people’s well-being.

The focus should be on maintaining a stable and healthy economy, a safe and peaceful society, and a political ecosystem featuring honesty and integrity, Xi added.

Noting that the new year is the Year of the Tiger, Xi said traditional Chinese culture sees the tiger as the king of animals and a symbol of strength, bravery and fearlessness, urging people to write a new chapter of socialism with Chinese characteristics.

With the Beijing 2022 Winter Olympics and Paralympics just around the corner, the Chinese people are fully prepared to present a streamlined, safe and splendid gathering for the world, Xi said, offering his best wishes to athletes from home and abroad. 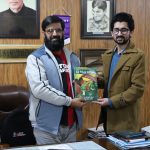 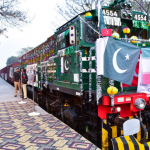