The first freight train to run from Pakistan to Turkey through Iran has departed after a 10-year hiatus in a major boost to the trading capabilities of the three founders of the Economic Cooperation Organization (ECO).

The 6,540 km journey from Islamabad to Istanbul city takes ten days, less than half the time needed for the equivalent voyage of 21 days by sea. The inaugural train, carrying rice, dates and pink salt left its depot at Margala station in Islamabad, Pakistan’s capital city, to Istanbul, on Tuesday (December 21), hauling more than a dozen containers. The train has the capacity to carry 80,000 tonnes of goods.

It will traverse 1,990 km across Pakistan, passing through Quetta into Taftan at the Iranian border and on to Tehran and Tabriz over a 2,603 km stretch before completing its route in Istanbul via Ankara, and offers the shortest and most affordable route for transportation of goods between Asia and Europe.

The three countries launched the Islamabad-Tehran-Istanbul (ITI) container train service in 2009, but it only got as far as test runs and was never fully operational. However, Pakistan, Iran and Turkey had planned to follow up the initial freight trains with passenger services and operationalize the ITI transnational line with the aim of enhancing connectivity with China’s Belt and Road Initiative.

There are discussions to connect Islamabad with Kashgar in southern Xinjiang Province by rail, a route currently served by the Karakorum Highway. These include plans to extend the existing Chinese railway, which runs through to Kashgar and Yarkand, through the same Khunjerab Pass to Gilgit, on the Pakistan side, which has national rail connectivity to the rest of Pakistan. China’s involvement in several rail projects in Pakistan is motivated primarily by commercial considerations, but it also sees distinct advantages for its improved transportation and access to Central Asia and the Persian Gulf, as Pakistan’s national rail network connects through to Pakistan’s Seaports at Karachi and Gwadar. Significant new investment has taken place at Gwadar to cater for Afghani trade, while China has also been developing Special Economic Zones in the Punjab region near Afghanistan.

Pakistan’s Railways Minister Azam Khan Swati said on the train’s departure that “The start of the container train from Pakistan to Iran and Turkey was a long-standing dream of the countries of the region, which came true again,”

He said strengthening and expanding ECO rail cooperation can contribute to regional stability and peace. ECO member countries include Afghanistan, Azerbaijan, Iran, Kazakhstan, Kyrgyzstan, Pakistan, Tajikistan, Turkey, Turkmenistan, and Uzbekistan. It provides a platform to discuss ways to improve development and promote trade and investment opportunities. The ECO is an ad hoc organisation under the UN Charter, with an objective to establish a single market for goods and services, much like the European Union. The ECO’s secretariat and cultural department are in Iran, its economic bureau is in Turkey and its scientific bureau in Pakistan.

Pakistan’s Foreign Minister Shah Mahmood Qureshi said “Regional business cohesion is in dire need of important projects such as the Islamabad-Tehran-Istanbul railway,” while Adviser to the Prime Minister of Pakistan for Commerce and Investment Abdul Razak Dawood stated, “As one of the most effective vehicles, the ECO train can virtually help expand exports, imports and trade among the member countries.”

The ITI, by extension, will connect to China’s Xinjiang Province, which is populated by ethnically Turkic Uighur Muslims and further boost the Belt and Road connectivity, and interlink the infrastructure and economies of countries across Asia, Africa, and Europe.

China regards Iranian transport as part of the Belt and Road Initiative and has sought close involvement in the build-out of the West Asian nation’s infrastructure. The ITI railroad, on the other hand, will help Iran move around US sanctions. For Tehran, this is an attractive alternative trade route because the ECO countries trade in local currencies and not the US dollar.

The United States has been following a policy of “maximum pressure” against Iran to isolate the country through severing all modes of international trade with the Islamic Republic. However, it is practically impossible to isolate and stop Iran from trading with its neighbors.

Earlier this month, Javad Hedayati, an official with Iran’s Road Maintenance and Transportation Organization said that Iran, Azerbaijan, and Georgia have reached an agreement on establishing a transit route connecting the Persian Gulf to the Black Sea.

“Georgia and Iran are the two main parties to the agreement, as Iran is connected to the free waters through the Persian Gulf, and Georgia has two important trading ports east of the Black Sea. On the other hand, Georgia and Azerbaijan have made great efforts to improve and develop their transportation infrastructure, so we have tried to increase cooperation with both these countries.” he added.

This transit route can potentially link with the ITI and further boost connectivity in the region, given that Pakistan and Turkey are both close allies of Azerbaijan in addition to having strong trade relations with Iran.

Last month, Iran and Pakistan signed their first barter trade agreement to exchange Pakistani rice with Iranian LPG, marking a watershed in a quest to overcome the biggest hurdle to business between the two big neighbors.

Other than the barter trade in rice, the two sides agreed on construction of border markets, and movement of trucks under the Convention on International Transport of Goods (TIR) cooperation for Pakistan to reach European and Caucasian markets and for Iran to access the Chinese market.

In April, Iran and Pakistan opened their third official border crossing with the aim of facilitating business and trade exchanges and creating new job opportunities for their border residents.

The Pishin-Mand crossing is only 70 km from the Pakistani port of Gwadar which is being developed through the U$60 billion China Pakistan Economic Corridor to link with Xinjiang province.

Iran and Pakistan hope to sign their long-awaited free trade agreement in the next couple of months which they believe will raise bilateral trade to U$5 billion a year from U$1 billion now. 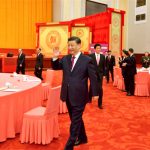 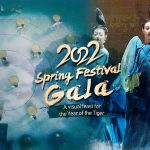