Moscow’s emissaries have been making the rounds, visiting region- al players and meeting officials and senior Taliban figure even as a NATO ministerial conference this week concluded that there is no easy solution on how to end Afghanistan’s protracted war. Zamir Kabulov, Russian President Vladimir Putin’s special envoy for Afghanistan, was in Pakistan on Friday for talks with officials. Islamabad has been a key player with significant influence over the Taliban. Also in Pakistan separately to meet with the powerful army chief was the U.S. Central Command head Gen. Kenneth F. McKenzie. Their agenda too was Afghanistan. While the statement following the meeting was vague, Pakistan is seen as key to getting the Taliban, whose leadership maintains homes and headquarters in Pakistan, to agree to a reduction in violence leading to an eventual cease-fire. Washington and Kabul have been pressing for a cease-fire while the Taliban say they will negotiate it as part of peace talks with the Afghan government. Under a February 2020 deal that the Trump administration signed with the Taliban, Washington com- mitted to a May 1 withdrawal of all foreign troops from Afghanistan which, after 20 years, has be- come America’s longest conflict.

President Joe Biden is now con- ducting a review of that deal, though the Taliban have warned that there would be no wiggle room on the deadline, threatening to restart the war with the
U.S. and NATO if it’s not met. 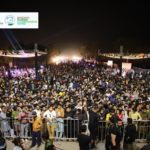 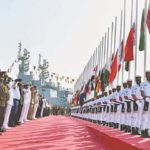