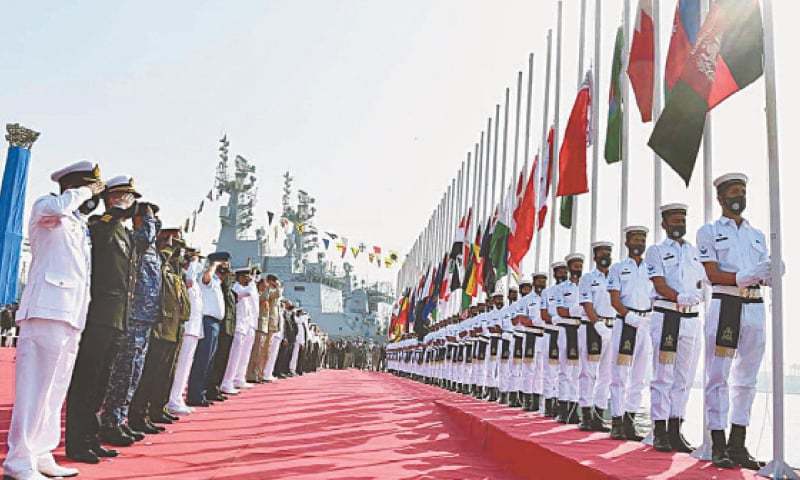 As many as 45 countries including the United States, China, Russia and Turkey participated in the Aman exercise this year with their warships, aircraft, and special operation forces. The event also attracted a huge number of spectators. Chairman of the Joint Chiefs of Staff Committee (CJCSC) Gen. Nadeem Raza said that the Pakistan Navy’s seventh edition of the multination- al maritime exercise Aman-2021 “successfully exhibits efforts made by Pakistan in line with our vision for regional peace and stability.”
General Raza was present during the holding of the Maritime Counterterrorism demonstration, which was part of the maritime drill, the director-general of Inter-Ser- vices Public Relations (ISPR) said. In a series of tweets, the DG ISPR said Gen. Raza “lauded the professionalism of participants & appreciated efforts of Pakistan Navy in conducting the multinational exercise in a befitting manner.” AMAN-2021 would “promote regional cooperation [and] stability, greater interoperability, and a united resolve against terror- ism and crimes in maritime do- main,” according to the CJCSC. Gen. Raza highlighted that Pakistan was “demonstrating its commitment to forge peaceful coexistence [and] shared global cooperation” through the drill. The CJCSC also enjoyed international band display by navies from different countries.
The Pakistan Navy’s Multination- al Maritime Exercise Aman-21 concluded with a “graceful con- duct” of the International Fleet Review (IFR), a press release by the military’s media wing said. 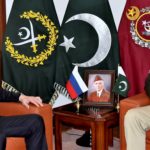 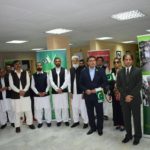