US national security advisor Jake Sullivan has made an unannounced trip to Türkiye to meet with his counterpart in President Recep Tayyip Erdogan’s administration amid renewed concern that Ankara may block the pending additions of Sweden and Finland to NATO.

Sullivan met on Sunday in Istanbul with Ibrahim Kalin, chief advisor to president Erdogan, to discuss continued support for Kiev in the Russia-Ukraine conflict and “progress on NATO accession for Finland and Sweden,” according to a White House statement.

The talks came just one day after Erdogan renewed his threat to block NATO’s expansion, unless the two Nordic countries fulfill the conditions of an agreement signed in June.

“Until the promises made to our country are upheld, we will maintain our principled position,” the Turkish leader said on Saturday. Ankara has demanded that Helsinki and Stockholm stop their alleged support of organizations it views as terrorist groups, and has reportedly requested the extradition of over 30 people accused of terrorism.

“We are closely following whether the promises made by Sweden and Finland are kept or not, and of course, the final decision will be up to our great parliament,” Erdogan added.

Türkiye and Hungary are the only two states in the US-led military bloc that have yet to formally approve accession of the two Nordic nations, leaving the process in a state of limbo, as the alliance must unanimously ratify new members.

Sullivan and Kalin also discussed “their condemnation of Russia’s attempted illegal annexation of Ukrainian territory,” the White House said. The US advisor thanked Türkiye for its efforts to facilitate exports of Ukrainian grain and help secure the release of Ukrainian prisoners of war.

The US and Türkiye have clashed over Ankara’s refusal to join in international sanctions against Russia since Moscow’s military offensive began in February.

Ankara has tried to balance its close relations with both Moscow and Kiev, playing the role of mediator, while criticizing the decision to hold referendums in four former Ukrainian regions that voted overwhelmingly last week to join Russia.

The White House said Sullivan and Kalin discussed “the importance of dialogue and diplomacy to resolve any disagreements in the eastern Mediterranean,” as well as their support for peace negotiations between Armenia and Azerbaijan.

Sullivan also met on Sunday with Andrey Yermak, a senior aide to Ukrainian President Vladimir Zelensky. The US advisor “conveyed that the US and its allies and partners” remain fully committed to Kiev, and promised the US “will impose severe costs on any individual, entity or country that provides support to Russia’s purported annexation” of Ukrainian territories. 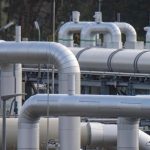