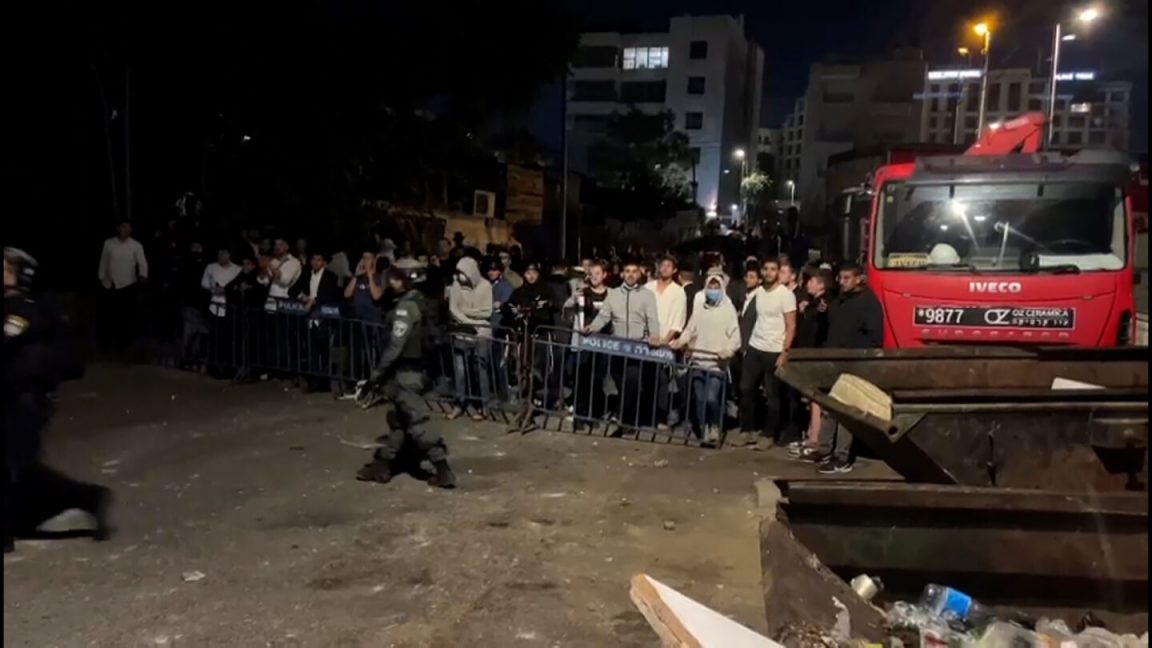 Clashes erupted in the flashpoint East Jerusalem neighborhood of Sheikh Jarrah and in the West Bank for a sixth consecutive night overnight Thursday into Friday, leaving at least two Palestinians dead.

They were killed in the restive West Bank city and refugee camp of Jenin during an Israeli raid on Friday, the Palestinian Ministry of Health said. It named one man who died as “colleague and doctor” Abdullah Al-Ahmad, and said he died as a result of “being hit by a bullet that pierced his head fired by occupation soldiers in front of Jenin Governmental Hospital this morning.”

Palestinian news agency Wafa named the other man who was killed as Mateen Dabaya, 20. The Israel Defense Forces is “reviewing whether an uninvolved individual was hit and injured” in the Jenin incident, IDF international spokesman Richard Hecht said on Twitter on Friday. An Israeli Border Police officer talks to a Palestinian woman on October 14.

The unrest in East Jerusalem, meanwhile, was marked by Israelis and Palestinians throwing stones at each other. At one point, Israeli TV showed right-wing Israeli politician Ben Gvir drawing a gun and saying: “If they throw stones, shoot them.”

At least 20 Palestinians were injured, five of whom needed hospital treatment. Two Israelis were also sent to the hospital, Palestinian and Israeli officials said.

The violence in East Jerusalem and the West Bank is the latest in the steady increase of tensions between Israelis and Palestinians that has seen the largest number of people killed on each side this year since 2015.

Palestinians injuries on the night were the result of beatings and stone throwing, the Palestinian Red Crescent said. Clashes also took place in the East Jerusalem neighborhoods of Silwan, Isawiyeh and Ras Al Amood, but the Sheikh Jarrah clashes were the most violent.

Israeli police used stun grenades and a water canon truck that spews foul smelling liquid to disperse the crowds, as well as beating them.

Police described the disturbances as “sporadic” and said they took place in a significantly lower number of places than the night before.

The two Israelis who required hospital treatment were injured by stones, the Magen David Adom rescue service said. One was in a moderate condition with a head injury and the other had a minor injury, the MDA said. Violent weekend as four Palestinians killed in West Bank, Israeli soldier killed in Jerusalem shooting

The Israeli joint forces raid into Jenin on Friday was to arrest Diaa Muhammad Yusef Salama, whom the IDF described as “a 24-year-old Hamas terror organization operative residing in the Jenin Camp.” The IDF said he was apprehended while carrying an M-16 rifle in his possession.

Palestinian Authority Prime Minister Mohammad Shtayyeh said Abdullah Al-Ahmad, the doctor who died, was 43. He was shot while trying to rescue casualties hit by Israeli gunfire, said Shtayyeh, who also described him as a member of Fatah, the leading party in the Palestinian Authority.

Al-Ahmad was a husband and father to three children, according to Wafa.

Both Shtayyeh and the Palestinian news agency referred to Al-Ahmad as Abdullah Abu al-Teen, per the Palestinian custom of referring to men as the father of their eldest son. One man killed, two journalists injured during Israeli military raid in West Bank A leader of the Fatah movement in Jenin, Atta Abu Rumeileh, told Reuters that Ahmad had “participated” in the fighting on Friday but did not say how.

A photo of Al-Ahmad holding several guns began circulating after his death, but it does not appear to have been taken around the time he was killed. The Palestinian Ministry of Health said Friday that five Palestinians were injured in the raids in addition to the two who were killed. The IDF also conducted raids in Nablus, arresting two; in Hebron, where they seized a gun associated with an earlier arrest of a suspect, and in Burqa, where two terror suspects were detained. The IDF did not name any of those detained in Nablus or Burqa. 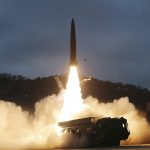