ISLAMABAD: Former prime minister Imran Khan on Sunday reiterated his demand for fresh elections during a meeting with members of the Punjab cabinet as he linked the snap polls with the “betterment of the country” rather than his Pakistan Tehreek-i-Insaf (PTI).

Separately, the ex-premier hosted his third telethon for flood survivors wherein donors from across the world pledged Rs3.6 billion to boost the relief efforts for the displaced persons. Imran Khan assured donors that the former ruling party will devise a digital mechanism to disburse the donations collected during these telethons.

It may be noted that during the last two telethons, pledges to the tune of Rs10 billion were made, as per the PTI chief.

During the meeting at the Punjab House in Islamabad, Mr Khan congratulated the Punjab ministers over the win in the July 17 by-polls and said that PTI will achieve its target of fresh general elections through its “peaceful struggle”.

The issues of victimisation of political figures, media curbs, and violations of human rights were discussed during the meeting. The meeting also decided to address the demands by provincial lawmakers on a priority basis and agreed to step up collaboration between the coalition partners.

It was also decided to improve relations with the masses as the party will have to reach out to them during the general election.

Mr Khan described Chief Minister Chaudhry Parvez Elahi as “a seasoned politician” and said that PTI will continue to support him.

The meeting passed four resolutions. The first resolution expressed solidarity with the flood victims and termed telethons hosted by Imran Khan as the “best way to support” the survivors.

The second resolution deplored the price hike whereas the third resolution expressed trust in the leadership of Mr Khan. The fourth resolution censured the campaign against Mr Khan through the use of religion.

During the fundraiser to help the flood survivors, Mr Khan said the donations will be spent in a transparent manner across the country and added that the donors will get access to the database to see track of disbursements.

Earlier, Dr Sania Nishtar informed the gathering that a digitalised system had been introduced to ensure transparency in the distribution of funds.

During the telethon, a person from Oman donated Rs10 million while another from South Africa donated Rs15m. Similarly, a party officer holder of PTI’s US chapter donated Rs10m each for Punjab and Khyber Pakhtunkhwa.

Separately, PTI leader Fawad Chaudhry questioned the involvement of former prime minister Nawaz Sharif, who is in a self-imposed exile in London since 2019, in the process of the appointment of the new chief of army staff (COAS).

“Khurram Dastgir has already made it clear that Nawaz Sharif will appoint the next army chief. Now institution should think about it,” he said while calling the PML-N supreme leader a “criminal”.

The PTI leader was alluding to the remarks made by PML-N leader Khurram Dastgir during a press conference in Gujranwala wherein he had said that Prime Minister Shehbaz Sharif will decide regarding the army chief’s appointment after consultations with his elder brother Nawaz Sharif.

Mr Chaudhry sought the intervention of the army and said that the matter concerned the military more than PTI so “they should look into it”. “A person who is not going to return to Pakistan, because of criminal cases against him, will appoint the army chief,” the former information said while sharing his apprehensions with Dawn. 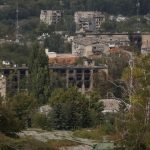 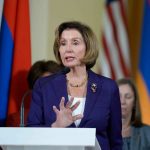