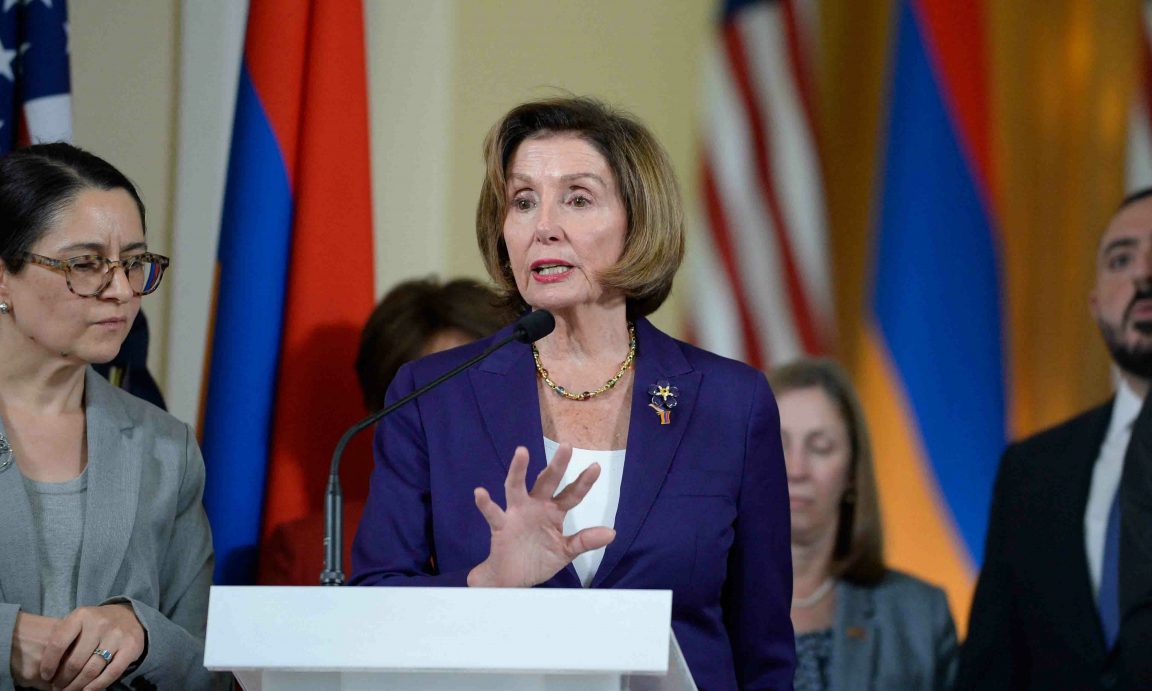 TBILISI: US House of Representatives Speaker Nancy Pelosi on Sunday strongly condemned what she said were “illegal” border attacks by Azerbaijan on Armenia, using a visit to the Russian ally to pledge American support for its sovereignty.

Pelosi cast her trip to Armenia, a sliver of land the size of US state of Maryland that is wedged between Azerbaijan, Georgia, Turkey and Iran, as an attempt to strengthen support for what she cast as a beacon of democracy.

Speaking in the ancient city of Yerevan, Pelosi said her trip had significance following the “illegal and deadly attacks by Azerbaijan on Armenian territory” that triggered border clashes in which more than 200 people were killed.

“We strongly condemn those attacks,” Pelosi said beside Armenian parliamentary speaker Alen Simonyan, who last week expressed unhappiness with the response of a Russian-led military alliance to Yerevan’s request for help.

Pelosi, who angered China with a trip to Taiwan last month, said it was clear that the border fighting was triggered by Azeri assaults on Armenia and that the chronology of the conflict should be made clear. The fighting “was initiated by the Azeris and there has to be recognition of that,” Pelosi said.

Remarks a blow to peace efforts: Pelosi’s remarks drew an unusually strong rebuke from Baku, which said she was endangering the peace in the Caucasus.

“The unsubstantiated and unfair accusations levelled by Pelosi against Azerbaijan are unacceptable,” the foreign ministry said in a statement. “This is a serious blow to the efforts to normalize relations between Armenia and Azerbaijan,” the ministry said, casting Pelosi’s remarks as “Armenian propaganda”.