The water level in the Man­chhar Lake, one of the larg­est freshwater reserves in the country, further receded on Monday with officials expect­ing the situation to return to “complete normalcy”, provid­ed that the water continued to flow to the River Indus without any disruption. Manchhar Lake has been the main source of the threat, compelling authorities to breach its protective dykes and other structures along its paths in an attempt to divert the flow of water towards less pop­ulated areas and prevent flood­ing in densely populated re­gions.

Information Minister Marri­yum Aurangzeb has said that on the directions of Prime Minister Shehbaz Sharif, the Ministry of Information and Broadcasting has setup a photo exhibition at the UN Secretariat lobby in New York displaying the destruction wreaked in Pakistan by recent floods. In a tweet, she said the exhibition will remain on dis­play during the UN General As­sembly session this week.

The National Disaster Man­agement Authority (NDMA) is­sued a 24-hour situation report released on routine basis that accounted overall life, proper­ty and infrastructure losses due to the heavy rains which lashed out various parts of the country.

The water inundation in many areas due to heavy rains and flash floods caused dam­age to 14,384 houses and killed 15,910 livestock animals in the flood-hit areas including 3,714 fully damaged and 10,670 got partially damaged during rains.

However the cumulative dam­ages so far stated that almost 12,716 km road, 374 bridges and 19,58,362 houses got dam­aged and 959,819 livestock ani­mals got killed due to the heavy rains in various districts of all the provinces including that of Gilgit Baltistan and Azad Jammu and Kashmir (AJK).

The NDMA report highlight­ed that 81 districts across the country were notified as ca­lamity hit areas with some 33,046,329 people affected, 179,281 individuals rescued in various rescue operations and 546,288 people inhabited in camps. The joint surveys for damage assessment were start­ed in 30 districts of Balochistan and some 32 teams were de­ployed for the survey that was likely to be completed by Sep­tember 25.

In GB, six teams were de­ployed in the region that started the survey from September 12 and was expected to complete by September 20.

In Punjab, three survey teams were deployed in the field that initiated the survey from Sep­tember 12 and was expected to complete by September 30. In KP, some six teams were on the ground to initiate the survey that commenced on September 15 and would be completed by October 15.

In Sindh, the survey would commence as soon as practical­ly possible and was expected to commence from September 25.

Prime Minister Muhammad Shehbaz Sharif at the conclu­sion of his visit to the United Kingdom on Monday left for New York to represent Pakistan at the 77th session of the United Nations General Assembly.

The prime minister, who was in London to attend the final rites of Queen Elizabeth-II, left for New York from Luton airport to attend the High-Level Gener­al Debate of the UNGA session scheduled from September 20 to 26 at the UN Headquarters.

On his arrival at the John F Kennedy International Airport of New York, he will be received by Pakistan’s Permanent Rep­resentative to the UN Munir Akram, Pakistan’s Ambassador to Washington Masood Khan and other senior officers.

On September 20, the prime minister will attend a reception to be hosted by United Nations Secretary-General Antonio Gu­terres. On the same day, he will also meet French President Em­manuel Macron, Austrian chan­cellor and Spanish president.

A meeting with President of the European Union Council Charles Michel and participa­tion in the Global Food Securi­ty Summit to be hosted by the president of Senegal and Afri­can Union is also on the agenda of the prime minister’s visit.

On September 21, he will meet Managing Director of Interna­tional Monetary Fund Krista­lina Georgieva and President of World Bank David Malpass, Turkish President Recep Tayyip Erdogan and Iranian President Ebrahim Raisi. Besides meeting with the UNGA president, the prime minister will also attend a dinner reception to be hosted by US President Joe Biden.

Prime Minister Shehbaz Shar­if will also host a luncheon re­ception in honour of the Turk­ish president and his spouse, besides meeting with Finnish President Sauli Niinistö. 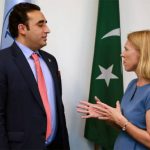 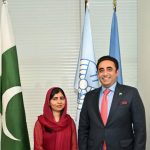