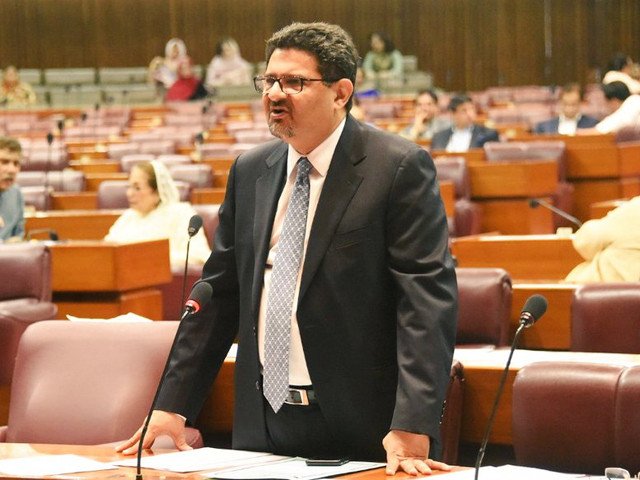 Pakistan is weighing the option to seek an emergency loan from the International Monetary Fund, as preliminary estimates suggest that devastating floods might have caused nearly Rs2.5 trillion in losses and the economic growth rate could slow down to just 2% in the current fiscal year.

The initial assessment by the Ministry of Finance showed that due to supply chain disruptions, the average inflation rate could also sharply accelerate to 26%, a level that is far higher than the State Bank of Pakistan and the IMF’s pre-flood projections of 18% to 20%.

The Ministry of Finance has prepared the initial estimates of the losses to the economy due to the floods and these numbers would today (Thursday) be presented in a meeting, to be attended by other stakeholders, mainly the SBP and the planning ministry. These numbers are not definite and are subject to changes, according to the sources.

“Once the quantum of losses is agreed upon, the government will make a decision to approach the bilateral and multilateral creditors for financial assistance,” Dr Aisha Pasha, Minister of State for Finance said when she was asked whether Pakistan was going to get a condition-free financing facility from the IMF.

“The news out of Pakistan is extremely distressing and my thoughts are with the victims and families affected by the severe floods,” Asian Development Bank President Masatsugu Asakawa said.

Asakawa said that he has assured Pakistan that the ADB stands with the affected people in these hard times and “will continue our support to build resilience and mitigate the impact of climate crisis”.

Dr Aisha said the initial estimates suggest that the losses to the economy were over Rs2 trillion, as almost everything changed after the floods.

The sources said Finance Minister Miftah Ismail had this week informed the Prime Minister Office that the finance ministry was considering reaching out to the IMF for an emergency assistance package.

Ismail told The Express Tribune on Tuesday that two financing instruments were being considered by the finance ministry but the deliberations were at a very initial stage and no decision has yet been taken to approach the IMF.

In April 2020, the IMF had approved $1.4 billion emergency financing for Pakistan under the Rapid Financing Instrument (RFI) to help the country deal with the aftermath of Covid-19 pandemic.

This condition-free window again seems the only available option for Pakistan, as other financing instruments of the IMF either require prior actions or strong economic fundamentals –which are missing at the moment.

Under the ongoing Extended Fund Facility (EFF), the IMF is committed to provide another nearly $3 billion loan to Pakistan in one year, subject to successful completion of the remaining reviews. It is not clear whether the IMF will be ready to divert a chunk from the EFF to the RFI, as the country can get a maximum $3 billion from the IMF in a year, according to a senior functionary.

In April this year, the IMF board had approved the establishment of a Resilience and Sustainability Trust (RST) to support member countries’ longer-term structural reform efforts by channeling SDRs to low-income and vulnerable middle-income members. But its modalities have not yet been finalised.

The sources said that the initial estimates suggest that as against the target of 5%, the economic growth rate may slow down to just 2% -shaving off 3% of the growth rate –during the current fiscal year. The estimated output is lower than the IMF’s pre-flood projections of 3.5%.

Overall, the economic losses are estimated at Rs2.5 trillion or over $11 billion, the sources said.

Prime Minister Shehbaz Sharif has said that the recent floods caused more damage than the 2010 calamity. Due to the 2010 super floods, the economic growth rate had slowed down by 2% and the economic losses had been estimated at $9.7 billion.

The floods have also caused supply chain-related issues and the Ministry of Finance has estimated that the inflation rate may soar to 26%, compared to the budget target of 11.5%. The IMF had already given a pre-flood forecast of 20% inflation for this fiscal year.

Pakistan has allowed imports of tomatoes and onions from Afghanistan and Iran, and is considering allowing imports from India too.

“More than one international agency has approached the government to allow them to bring food items from India through the land border,” Miftah Ismail said on Wednesday.

The government will take the decision to allow imports after consulting its coalition partners and key stakeholders, he added.

Pakistan is already facing the problems of rising commodity and oil prices, which pushed the year-on-year inflation to 25% in July.

The finance ministry sources said that the agriculture sector growth may shrink 1.8% as against the pre-flood target of 3.9%. The major hit is coming from the important crops’ side, which will see a contraction of 18% over the growth rate of the previous fiscal year. The growth in the livestock sector is also estimated at only 2% as against the original target of 3.7%. Over 800,000 animals died due to the floods.

The output of cotton, rice and maize crops is severely affected from the flood and it is also feared that the sowing of sugarcane and wheat will also take a hit.

As against the annual target of 11 million bales production, it is now estimated that 5.4 million bales of cotton can be produced –indicating severe damages to the cash-crop.

The finance ministry sources said that the growth rate in the industrial sector could slow down to 2.8% instead of its target of 5.8%. The Large Scale Manufacturing could grow by 3% instead of the 7.4% target.

“The initial damage assessment seems to be curtailed to a manageable limit,” according to the ministry. 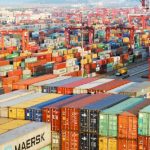