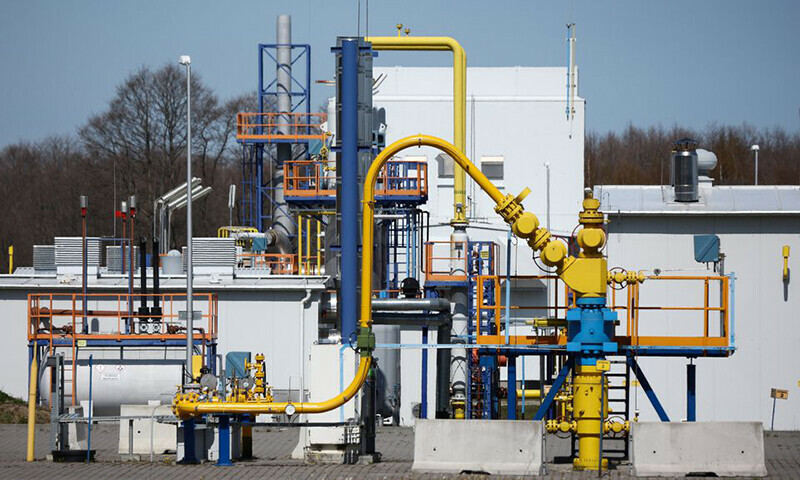 European Union countries’ energy ministers meet on Friday to search for solutions from a long list of possible measures to shield citizens from sky-high energy prices as winter approaches.

The basis for the talks is a set of proposals made by European Commission President Ursula von der Leyen — among them, a price cap on Russian gas, a windfall levy on non-gas power plants, a bloc-wide cut in electricity demand, and emergency credit lines for power firms facing soaring collateral requirements.

Other proposals were more divisive. The price cap on Russian gas has so far failed to win support among a majority of countries, with some questioning how it would help curb prices given the low gas volumes Moscow is now sending to Europe.

The Baltic states are among those backing the idea, arguing that a price cap would still deprive Moscow of revenue to fund military activities in Ukraine.

President Vladimir Putin said on Wednesday that Russia will stop supplying gas to Europe if it imposes a price cap. Support for the policy is scarce among central and eastern European states unwilling to lose the dwindling supplies they still receive.

Russian gas pipeline deliveries via the three main routes to Europe have fallen by almost 90 per cent in the last 12 months, Refinitiv data show. Moscow has blamed supply cuts on technical issues caused by Western sanctions over its invasion of Ukraine.

EU countries are not expected to approve any policies on Friday, but rather give a signal to Brussels about which options have enough support to be turned into final proposals. Emergency EU laws are usually passed by a majority of countries, although some may require unanimous approval.

An idea to claw back revenues from non-gas power generators and spend the cash on cutting consumer bills has also stirred resistance in some capitals. The EU proposal would cap at 200 euros ($199.86) per megawatt hour the price non-gas generators are paid for their power, and apply to wind, nuclear and coal generators, according to a draft seen by Reuters.

European power prices are typically set by gas plants, and the cap would aim to reduce the cost of electricity produced by plants that are not exposed to rocketing European gas prices — which last month hit 12 times their level at the beginning of 2021.

France, home to Europe’s biggest nuclear power fleet, questioned whether the same limit should be applied to all generators.

“The fact of having a single revenue ceiling for all ways of producing power and all EU countries is something that we are questioning,” a source at the French energy ministry said.

The source said Paris backed an EU price cap on Russian pipeline gas, but warned that capping liquefied natural gas prices could see the EU lose out to other countries on much-needed supply.

An EU diplomat from one country said a “large group” of states was seeking some form of energy price cap to pull down bills, with a price on gas used to produce power and a bloc-wide cap on all gas imports among the ideas under discussion.