Kashmir is a diverse region, having a number of ethnicities and is also known as heaven on Earth owing to its breathtaking natural beauty. After the partition of United British India, Pakistan and India have fought a number of wars on Kashmir. The main underlying issue between two countries is Kashmir dispute. Jammu and Kashmir is still a bone of contention between two countries since the partition. War of 1948, 1965 and 1999 were fought between Pakistan and India over Kashmir. However, Siachen confrontation of 1984 and Pakistan India military stand off 2002 had the underlying reason of Kashmir dispute. The illegal occupation of Kashmir by India has led to a continued struggle via the resistance movement in Kashmir.

As the armed resistance began in 1989, the first armed resistance group that emerged in Indian Occupied Kashmir was Jammu and Kashmir Liberation Front (JKLF). Thjs movement was initiated by Amanulllah Khan and Maqbool Bhat in 1960s but could not gather much support in that decade. Yasin Malik joined the resistance movement in a very young age. He was the head of Islamic Student league (ISL) in Kashmir. There was elections contest in the year 1987, Muslim United Front and National Conference – Congress alliance were the competitors against each other. ISL decided to support Muslim United Front but in the elections, they lost. Candidate of Muslim United Front Muhammad Yusuf Shah and Yasin Malik were kept in jail. But later on, when they released from the Jail. Yusuf Shah crossed Line of Control and became chief of United Jihad. Yasin Malik along with some colleagues allegedly crossed LoC to get some military training. When he came back to the valley, he started armed struggle against the foreign occupation of India. JKLF of Yasin Malik kidnapped daughter of then Union home minister Mufti Saeed in order to put pressure on Indian forces to release five of their Mujahideen. They also kidnapped four Indian Air forces personnel.  Yasin Malik was arrested in 1990. When he was released in 1994, he declared a peaceful way of freedom struggle known as “Gandhian way of peace struggle”. Since 1994, he has been carrying the freedom struggle through political means.

In the year 2001, Yasin Malik gave interview to BBC in which he said: “When masses look at Yasin Malik, they found three Yasin Maliks. One is from year 1984-1988 (young student activist), second one is from 1988- 1994 (militant) and the third one is from 1994 to onwards (Gandhian)”. Yasin Malik visited Pakistan several times in order to gain support for Kashmir Freedom struggle. He got married to a Pakistani artist Mushaal Hussain Malik in 2009. After the hanging of Afzal Guru in the year 2013, Yasin Malik was staying in Pakistan and he kept on hunger strike for 24 hours near Islamabad Press Club. The irritation between him and Indian state was rising. But a major turning point came in 2016, after the martyrdom of Kashmir’s freedom icon Burhan Wani. He joined hands with Syed Ali Shah Geelani and Mirwaiz Umar Farooq and formed Joint Resistance Leadership. The martyrdom of Burhan Wani sparked protests across the Valley. Joint Resistance Leadership prolonged the Hartal calls and showed severe anger towards India’s brutality. The protests of 2016 in the valley after the martyrdom of Burhan Wani caused a greatest uprising. Even that uprising is also termed as “Nakba”. Nakba is basically used for Palestinians’ uprisings but protests, Hartal calls and severe unrest in the Valley is also coined with this term. And Malik is also considered as a main figure who called for protests and Hartals.

He was arrested in the year 2019, JKLF was short listed in the list of banned organizations. It happened because of Pulwama attack on 40 CRPF personnel. India filed cases against him on terror fundings and killings. On 25th of May 2022, Indian court ordered life time imprisonment for Kashmir freedom struggle leader Yasin Malik. Protests broke out at Malik’s residency in Srinagar, police opened tear gas against the protestors. Pellets were also fired at the protestors. Kashmiri diaspora also came into limelight and they rejected the fabricated charges on Yasin Malik. They held protests in United Kingdom, Italy, Germany, Norway and urged international community to intervene in this matter.

Yasin Malik who is 57 years old, is now sentenced to life time imprisonment. National Investigation Agency (NIA) of India plead for death sentence for him but Indian court rejected and said that his case did not fall in that category. NIA put allegations on Malik that he and his associates are direct recipients of fundings that was transferred to them from Pakistan. NIA claims that the documents that have been found, shows that the fundings are used in creating violence across the Valley. The court did not answer the counter questions asked by Malik but totally ignored them. In response to that, Malik said, “I will not beg to court. Do what the court deems fit.” He is given a life time imprisonment and he would be kept in jail number 7 of Tihar jail. He will be kept in a small confinement cell and would not be allowed to contact anyone. Health of Yasin Malik is also alarming. Like other Kashmiri prisoners, Indian state make conditions that push Kashmiri prisoners towards the brink of the death.

Yasin Malik’s journey from Rebellion movement to Gandhism is a struggle from armed resistance to peaceful political path. Despite adopting peaceful way of freedom struggle, India has framed charges against Malik and put him behind bars for lifetime. The procedures of judiciary by Indian court were aimed to criminalize the resistance movement against. Activists around the world are terming it as a new wave of political victimization by the Indian state and are demanding the release of Yasin Malik and other political prisoners lingering in the Indian jails. 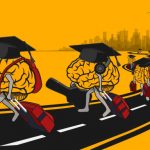