Continuing with efforts to expose Indian state terrorism in Indian Illegally Occupied Jammu and Kashmir (IIOJK), the Tehreek-e-Kashmir (TeK) UK along with their allies held demonstrations and digital campaign in London and Birmingham on Monday.

The demonstrations were held to mark “Black Day” as the fascist Indian military imposed its “Nazi tactics” to celebrate India’s Independence Day in the occupied territory.

Responding to the call of TeK UK, dozens of demonstrators assembled outside the Indian consulate in Birmingham, urging the international community to hold India accountable for defying international law and the UN resolutions on IIOJK.

Abdul Rashid Turabi, former lawmaker from Azad Kashmir, said Kashmir was an unfinished agenda of 1947 partition and “we will not stay silent until Kashmiris are not given their right to decide their future” as has been granted by the UN resolutions.

“The non-resolution of Kashmir dispute is a slap on international community which has maintained a criminal silence on the issue,” Turabi said.

He reminded the UK government and the US-led western bloc that their claims of “upholding rule of law has no value until they force India to respect international law”.

“Indian military regime in IIOJK is copy-cating Nazis who would enforce their ideology on the suppressed people,” said Kayani.

“If India is courageous and proud of its achievements in IIOJK, it should take out one million of its forces from the occupied territory,” Kayani said.

Kayani said it was shame for Indian fascist rulers to launch a military campaign to raise Indian flag in IIOJK.

Mohammad Ghalib, Tehreek-e-Kashmir Europe president, urged the British and European authorities to rise to the occasion and challenge India’s position on Kashmir.

“India’s claim of being the largest democracy is a farce and should not be accepted as it illegally occupies Kashmir through its military might,” Ghalib said.

He added that India was a neo-coloniser which demands that the western countries and societies must condemn India for her duplicity and sham claims. 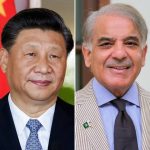 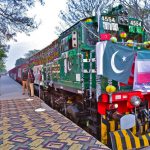