In a recently released movie by Bollywood, “The Kashmir Files,” which highlights the movement for the independence of Jammu Kashmir pioneered by the JKLF in 1988-89 was the biggest people’s revolution in the history of the state of Jammu Kashmir. According to a press release issued from the JKLF Central Information Office, the independence movement that started in 1988 under the banner of the JKLF was the biggest people’s revolution of 500 years of Kashmir history.

The movie has appeared to be biased, one-sided, contrary to reality and a well-crafted propaganda of Indian Government against Muslims of Jammu Kashmir aimed at discrediting the Kashmiri Freedom Struggle. It was met with severe criticism, including from the members of Indian civil society who opposed the said film on the grounds that it was filmed for political purposes to achieve.

Akshay Kumar and Kangana Ranaut – are seen as being supportive of the government. Asked whether the film could only be made under a BJP government, its lead actor Anupam Kher reportedly said: “That’s true… Every film has its time.” Prime Minister Narendra Modi and key ministers in his BJP government have praised the film, several BJP-ruled states have waived tax on it, and police in Madhya Pradesh state have been offered a day of leave to watch it.

Assam chief minister Himanta Biswa Sarma has announced half-day special leave for all government staff in his state if they want to watch Vivek Agnihotri’s latest release The Kashmir Files. To avail of this special leave, government employees will only have to inform their superior officers and submit the tickets the next day. Himanta Biswa also clarified that as Assam does not have any entertainment tax, there is no point in a waiver. In addition, UP has also joined the league of BJP states to make this movie tax-free.

JKLF Spokesman noted the movie was aimed at destroying the centuries old brotherhood between the Muslim majority and the Non-Muslim minorities of the State of Jammu and Kashmir has always been the goal of the Indian government and the people working at its payroll. Jammu Kashmir Liberation Front (JKLF).

“He had cordial relations with Kashmiri Pandit community and has performed numerous efforts for their rehabilitation of the Pundits at their ancestral and native land.” As stated by the special representative of Muhammad Yasin Malik and chief spokesman of the JKLF, Muhammad Rafiq Dar while reacting to the ongoing debate against the freedom movement within a certain section of India under the guise of the migration of Kashmiri Pandits.

“The movement was aimed at achieving the independence, sovereignty and unification of the divided State of Jammu Kashmir through attainment of the internationally recognized fundamental right to self-determination’ for all its inhabitants without prejudices of color, caste, creed, region and religion.” He said.

According to the statement, the spokesperson was of the opinion that in order to achieve this basic goal, the people of the State from both sides of the ceasefire line along with the top leadership are making unprecedented sacrifices which includes the deaths of more than 125000, scores more injured, women being molested, destruction of properties worth billions, migration of scores of families elsewhere, and arrests of people of all ages, many still languishing in different jails across.

He also said that the migration of the Kashmiri Pandits from the Kashmir Valley was in fact a plan of the Indian rulers and its agencies, which was implemented immediately after the appointment of Jagmohan as the governor of the State in early January 1990. He also admitted that as a result of the wrongdoings of some black-sheep in the freedom movement camp made it easier for India to put blame on the freedom fighters.

However, JKLF as a party in particular and the people of Kashmir in general have always been regretful for the unfortunate circumstances and difficulties that fell upon the Kashmiri Pandit community. He said that today RSS backed handful of inimical elements who are actually the product of intelligence agencies, especially the Pandit elite residing in Delhi and other metropolitan cities of India, are hell bent upon to further erode the already strained relations of the two communities. On the behest of Indian establishment efforts are being made to strengthen the walls of hatred between Pandits and Muslims, and to widen the gulf between them. “These elements are the ones who have in the past conspired against the efforts of JKLF, Kashmiri freedom camp and especially of Muhammad Yasin Malik for the rehabilitation and repatriation of displaced Kashmiri Pandits.” He said.

The JKLF spokesperson believes the distorting the image of the Kashmiri freedom camp at the behest of the Indian government has been a failed effort by the Indian media. The reports have been biased on Jammu Kashmir and unfortunately aligning with the government narratives; they are committing journalistic dishonesty by denying the Indian people their right to know about the realities.

“Our religion interprets the killing of any innocent human being as killing the whole of humanity and our Kashmiri culture is also based on the same principles of tolerance and humanitarianism. However, to put the record straight, according to police records, about 90 Kashmiri Pandits were killed in the year 1990 which is termed by Indian media, and these few elite pandits as genocide and holocaust. But when it comes to Kashmiri Muslims, only in the first few months of 1990 the Indian Army and trigger happy Indian forces massacred more than 500 unarmed Kashmiri Muslims during the massacres of Gawkdal, Handwara, Kupwara, Sopore, Tengpura bypass and Zakura and most unfortunate part of it is that these hypocrites have remained silent about this. With the increase in massacres the number of killings at the hands of Indian forces in Jammu Kashmir has by now risen to more than 125000 but the world has witnessed that still the slogan of freedom remains alive. Have these ‘The Kashmir files’ film makers and the Indian media lost every sight of humanity, decency, and did not they feel any shame on their hypocrisy and ignorance, asked the Spokesman?” protested the spokesperson.

He further stated that the story of Vivek Agnihotri’s newly directed film “The Kashmir Files”, which was believed to highlight and portray the miseries of displaced Kashmiri Pandits living in the migrant camps, has termed to be one sided, biased and far from the ground realities. “The film in no way achieved the said goal instead it created more wedge between the two communities as the story turned to be fabricated and a poisonous propaganda against Kashmiri Muslims in general and the freedom camp in particular.” He said that the Kashmiri people think that the script of the film is based on the false material provided to the director by the Indian intelligence agencies as it is politically motivated suiting the polity of RSS and therefore it has no locus standi.

According to the spokesperson, “JKLF did not start the armed struggle in the 1989 as a matter of choice but it was imposed on us by State repression and continued denial of rights. The aim of this movement was not to kill humanity but to draw the attention of the international community, including India, Pakistan, and the United Nations, for the immediate resolution of the Kashmir issue. This is why after the removal of dust from the files of the Kashmir dispute at the international arena especially the UN, JKLF changed the mode and modus operandi of its struggle and started a peaceful resistance movement to find a just solution to the Kashmir issue through dialogue and also did whatever possible to promote a non-violent, peaceful freedom movement in Jammu Kashmir.”

The spokesman said that the widely known and appreciated political programs launched by JKLF under the leadership of Yasin Malik such as the signature campaign, Safer I Azadi, etc. were programs aimed to achieve this very goal. He said that the Indian political leadership, prominent human rights activists and many important and influential members of Indian civil society, including the international community, appreciated such efforts of the Jammu Kashmir Liberation Front.

Mohammad Rafiq Dar lauded those Kashmiri Pandit brethren and sisters, and also those humanitarians in Indian civil society who opposed the said film on the grounds that it was filmed for political purposes to achieve. 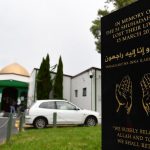 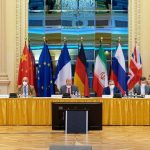