“One of the most promising aspects of our bilateral relations is now increasing people to people contacts between our two countries. I’m very pleased to note that ever expanding cooperation between the provinces and cities, our countries is further solidifying,” he said while addressing the Forum on Cooperation between China and Pakistan Friendship Provinces and Cities.

Pakistan Embassy Beijing and Chinese People’s Association for Friendship with Foreign Countries jointly organized the forum.
Under the theme of Win-win cooperation for common development, Pakistan and China exchanged views on issues of common interest and issued a Joint Declaration.

Ambassador Haque informed that both the countries have 43 provinces and cities including lakes and parks which were closely connected to friendship relationship.

“This year alone, we have signed all together 23 new friendship agreements which is unprecedented,” he added.

He congratulated the leadership and officials of all these provinces and cities for making this history and expressed the confidence this would provide a solid and strong foundation for the development of future ties between the two countries in all fields and help jointly build China-Pakistan community of shared destiny in the new era.

Ambassador Haque said that this year, the two countries were celebrating the 70th anniversary of establishment of their diplomatic relations.

“We have so far organized over 120 events to celebrate our friendship and today’s forum is an important part of these celebrations,” he added.

He said that this year also marks the centenary of the Communist Party of China (CPC) which had made immense sacrifices for the Chinese people before China’s peaceful rise in the global politics and economics.

He felicitated the government and the people of China for 100 years of CPC and also paid tributes to CPC leadership and the members for their contributions to the China-Pakistan bilateral relations.

In his speech, the ambassador proposed that sister provinces and sister cities of the two countries should appoint focal persons for regular follow up and coordination and identify areas of mutual cooperation and initiate pilot projects for joint cooperation.

He said the two countries should also consider organizing sector-specific trade and investment forums both online and offline to promote business to business exchanges. 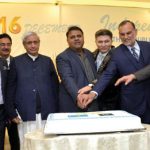 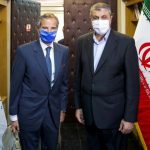