The third consultative meeting of the heads of state of Central Asia that took place in Avaza, on the Caspian shore of Turkmenistan, marked an important moment of trust-building, dialogue, and incremental pragmatism among regional leaders. All five Central Asian presidents were present at the event, which had been postponed last year because of the pandemic: Kassym-Jomart Tokayev of Kazakhstan, Sadyr Japarov of Kyrgyzstan, Emomali Rahmon of Tajikistan, Gurbanguly Berdimuhamedov of Turkmenistan, and Shavkat Mirziyoyev of Uzbekistan.

The meeting provided participants with the possibility to discuss urgent regional problems, such as the current situation on the border with Afghanistan, the disastrous effects of climate change on the ecosystem of the region, matters related to economic recovery and modernization, as well as greater cooperation and coordination in matters of foreign policy and management of the COVID-19 pandemic. Also, this third meeting was held at a very important moment for Central Asian politics and history, as 2021 marks the 30th anniversary of independence for the regional states, as well as the 15th anniversary of the creation of a nuclear weapon free zone in Central Asia.

Presidential meetings in Central Asia are often dismissed on the basis of their lack of concrete results and of their exclusively ceremonial character. Yet, given the current circumstances of the region and recent events that have taken place in Central Asia, this meeting acquires particular importance.

First, the fact that the meeting happened is already in itself an indication that Central Asian leaders attach value to it. It is a sign that the progressive institutionalization of Central Asian multilateralism, however slow and informal, has not stopped. With a deteriorating situation on the border with Afghanistan, an increasing number of COVID-19 cases across the region, a progressively difficult economic situation, and the aftermath of the violent conflict between Kyrgyzstan and Tajikistan, it would have been easy for regional leaders to prioritize national politics and to ditch the informal meeting, which could have been postponed once again. In particular, the simultaneous presence of Japarov and Rahmon, sitting next to each other and interacting in the more informal segments of the meeting, was a sign that at least personalistic processes of consensus-building are still operating, despite all the difficulties.

Second, the participation of Turkmenistan is a positive indication that Ashgabat intends to play a role in the formation and development of a Central Asian regional order. While it is always difficult to perfectly know the reasons behind specific events, one may argue that the decision to let Turkmenistan organize the meeting in lieu of Kyrgyzstan – where it was initially planned to take place last year – has two possible meanings. The first is that, after the border conflict between Kyrgyzstan and Tajikistan occurred in May this year, the Central Asian presidents decided to choose a third, more neutral venue where the regional mood after the clash could be tested and mended. Second, it is possible that the meeting was allowed to be organized by Ashgabat to signal to Turkmenistan that the region is ready to make room for more involvement from the Turkmen side, something that has been visible in this past year with the several bilateral dealings that Berdimuhamedov has had with his neighbors, including the forthcoming official visit of Tokayev to Turkmenistan later this year.

Third, the meeting paved the way to incremental pragmatism. Although the rhetoric included in the joint statement issued at the end of the meeting may remind one of the “aspirational integrationism” of the 1990s, the tone is now more pragmatic and indicative of the intention to adopt step-by-step developments in the fields of economic exchanges, transport coordination, scientific and cultural diplomacy, joint tourism development, industrial and environmental partnerships. Importantly, though, a conflict-prevention and conflict-resolution mechanism for the region was not discussed, despite what Tokayev and Mirziyoyev proposed after the Kyrgyz-Tajik conflict in May. In fact, the conflict was not mentioned at all. This means that for the Central Asian states bilateralism and strict non-interference are to remain the fundamental norms to follow in matters pertaining to intra-regional security for the foreseeable future. It is possible, though, that more concrete provisions with respect to creating a zone of peace in Central Asia will be taken at the signature of the new Treaty on Friendship, Good-Neighborliness and Cooperation for the Development of Central Asia in the 21st century at the next consultative meeting.

Fourth, cooperation and coordination in Central Asia have now acquired the potential to become multi-level. This is already evident in what is called “secondary foreign policy,” such as governor-level Uzbek-Kyrgyz-Tajik interactions in the Fergana Valley and Uzbek-Kazakh economic partnerships on the common border. The joint statement explicitly mentions the need and the importance of creating councils of industrialists, scientists, academics, students, and sportspeople to advance para-diplomatic activities in the region and defuse underlying tensions while opening up new possibility for people-to-people cooperation and mutual understanding. While it is to be expected that these initiatives will be top-down and directed from above, the inclusion of these non-state actors in the context of the informal, flexible cooperation in the region is certainly to be welcomed.

Fifth and lastly, it is important to note the persistent reference to “Central Asia” as a geopolitical region and as an imagined space of shared belonging and identity notwithstanding the participation of Central Asian states in other macro-regional platforms such as the Eurasian Union, the Commonwealth of Independent States, and the Shanghai Cooperation Organization. The third leaders’ meeting added to the consolidation of the perception of regional leaders that, in a historical moment characterized by intense great power competition, multifaceted security dilemmas, and contestation of processes of global governance, it is more important than ever to display unity and closeness despite elements of disagreement and conflict, which in fact are normal in any political setting. As noted above, while it is tempting to dismiss this as “empty words” and as a fictional expression of commonality, politics is performed through practices as well as discourses, and this should not surprise anyone.

The third consultative meeting Central Asia’s leaders should be seen as a small step toward the formation of a regional order, and as an indication that — despite the persisting, underlying tensions and disagreements between some of the regional states — dialogue, trust-building, and coordination are still key items on the regional agenda. Incremental pragmatism, the absence of grand plans of integration and formalization of relations, the markedly informal and flexible character of consultations, and the progressive inclusion of sectors of civil society in the management of regional dynamics are indications that Central Asia is forming an order with its own local and indigenous norms and practices, successfully taming excessive interference from external great powers.

At the same time, regional leaders need to ensure that deeds will follow. The people in the region will certainly be pleased to see that a feeling of we-ness is being developed at the highest political level. They will be even more pleased if this we-ness leads to better quality of life, increased mobility, opportunities for development, and a more just society. 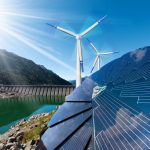 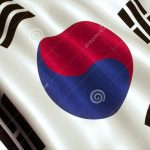