China hopes the United States could work with China to meet each other halfway, said Li at a virtual conference with presidents and chief executives from more than 20 large U.S. companies.

“(We need to) step up dialogue and communication, and expand practical cooperation, properly manage differences, and push Sino-U.S. relations towards the direction of overall stability,” Li was quoted as saying by state television.

Bilateral ties had sunk to the lowest level in decades under the Trump administration, which accused China of committing a range of misdeeds from intellectual property theft to the spread of the novel coronavirus.

The need for communication was echoed by China’s state planner also on Tuesday when it told China representatives from over 40 U.S. firms at a roundtable that it welcomed conversations with U.S. firms on any complaint, including forced technology transfers and intellectual property rights.

“If you believe you’ve been harmed or bullied in China, tell us first,” Zhang Huanteng, vice director of the Department of National Economy at the NDRC.

“We’d feel very wronged if we aren’t aware of things and the U.S. government tells us first,” said Zhang, adding that Chinese regulators were baffled when they first read the U.S. Section 301 Report, which set off the Sino-U.S. trade war.

NDRC Officials also briefed the firms present, including Intel, Johnson & Johnson and IBM, on China’s 2021-2025 development plan, saying there is huge potential to collaborate on electric vehicles, carbon neutrality and the digital economy.

“We hope the U.S. business circle could work together with NDRC to push the great ship of Sino-U.S. relations back to the track of healthy development as soon as possible,” said Gao Jian, vice director at the NDRC International Department.

“Officials at the NDRC are quite blunt – if we have any issues we can talk to them, so there’s no need for us to go to U.S. headquarters, foreign governments and then back to China,” she said. 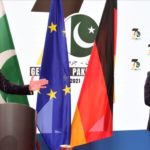 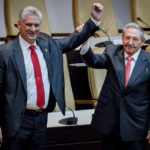