UN Secretary General António Guterres on Saturday said his organisation would  strongly advocate for ‘debt swaps’ with the International Monetary Fund (IMF) and World Bank through which developing countries including Pakistan —  instead of paying back loans to foreign creditors — would be able to use that money to invest in climate resilience, investments in sustainable infrastructure, and green transition of their economies.

“We will go on strongly advocating for these solutions in the meetings with the IMF and World Bank that will take place soon as well as at the G-20 meeting,” Guterres told the media on his arrival at the old airport of Karachi.

Guterres appealed to the international community to scale up its support for flood-hit Pakistan.

“We see here in Pakistan, the nature is striking back with devastating consequences,” he observed, adding: “I have seen many disasters in the world but I have never seen climate carnage on these scales.”

The UN chief said he simply had no words to describe what he had witnessed  today.

He said families had lost their houses, and the farmers their crops and their livestock.

“The most emotional moment for me during this visit was to listen to a group of women and men who have sacrificed their possessions even though there was a possibility of rescue,” he observed.

“The poor people have touched me deeply. I want to pay tributes to gigantic efforts of the Pakistan authorities — civilian and military, national and regional,” he added.

The UN chief stressed the need for massive and urgent financial support for Pakistan.

Guterres noted that Pakistan was paying the price of a problem — climate change — created by others.

The UN chief said that burning of fossil fuel was eating our planet.

“The G-20 countries are responsible for 80% of those emissions,” he added.

He emphasised that all countries with G-20 leading the way must boost their national emission reduction targets every year until 1.5 degrees Celsius temperature limit was guaranteed.

Pakistan is responsible for less than one percent of global greenhouse gas emissions, but is eighth on a list compiled by the NGO Germanwatch of countries most vulnerable to extreme weather caused by climate change.

“I have been demanding very clearly that the world must seriously adopt a programme of in-depth relief for developing countries including middle-income countries including Pakistan that are on the verge of an extremely difficult financial situation,” he noted.

“It is completely essential to create a new mechanism,” he stressed.

Speaking on the occasion, Bilawal said the nation was all incredibly grieved.

He added that September was the busiest month for Guterres with the UN General Assembly to be held later this month.

“The UN secretary general took out time to personally visit Pakistan in our time of difficulty and witnessed first-hand the devastation that has been caused by the catastrophic monsoon rains that we faced for many months,” he noted.

During his speedy tour, Guterres stopped at some of these makeshift camps and met with desperate flood victims, including a woman who gave birth overnight.

Wearing an Ajrak shawl with a traditional Sindhi block print, he later inspected the 4,500-year-old UNESCO world heritage site Mohenjodaro, which has suffered water damage from the relentless monsoon rains.

The Sindh chief minister put the estimate of the cost of rehabilitation and upgrade of the infrastructure at $16 billion or over Rs3.5 trillion.

Describing both the monsoon rains and consequent flash flood as historic, he imformed the UN’s chief that 24 out of 30 districts in Sindh had been declared calamity hit. Six of seven districts in Karachi also sustained extensive damage of infrastructure but were not included among the disaster-hit districts.

He told Guteress that the province had received an average of 1,100% higher rainfall in comparison with the normal monsoon rains during the two months of July and August every year.

Murad gave examples of some parts of Naushehro Feroze, Larkana and Jacobabad districts where 1,763mm, 990mm and 783mm rain was recorded in two months, respectively. These places used to receive the normal rain of 86mm, 60mm and 62mm, respectively, in monsoon season.

The Sindh chief minister told the UN chief that the rehabilitation of the damaged and collapsed houses required Rs900 billion; restoration and upgrade of the irrigation and drainage network Rs195 billion; repair and reconstruction of roads Rs45 billion; purchase of livestock Rs50 billion; and farmers’ support Rs50 billion.

The infrastructure redevelopment in Karachi would need at least Rs60 billion. 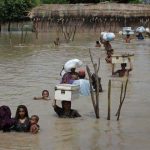 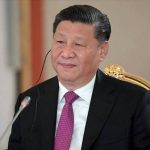