The Nuclear Non-Proliferation Treaty (NPT), which 191 signatories review every five years, aims to stop the spread of nuclear weapons, promote complete disarmament and promote cooperation in the peaceful use of nuclear energy. Russia on Friday prevented the declaration’s adoption, saying it took issue with “political” aspects of the text — a step criticised by Washington.

“After weeks of intensive but productive negotiations, the Russian Federation alone decided to block consensus on a final document” at the conclusion of the four-week NPT review conference, State Department deputy spokesman Vedant Patel said in a statement. He said Moscow’s move was done “in order to block language that merely acknowledged the grave radiological risk at the Zaporizhzhia Nuclear Power Plant in Ukraine,” a major atomic facility that is currently occupied by the Russian military.

The latest draft text had expressed “grave concern” over military activities around Ukrainian power plants, including Zapori­zhzhia, as well as over Ukraine’s loss of control of such sites and the negative impact on safety.“Despite Russia’s cynical obstruction, the fact that all other parties supported the final document demonstrates the treaty’s essential role in preventing nuclear proliferation,” the State Department’s Patel said.

He reiterated Washington’s call for Russia to end its military activity near Zaporizhzhia “and return control of the plant to Ukraine.” Meanwhile, neutral and non-nuclear Austria on Saturday condemned the attitude at the talks of major powers, and not just Russia.

“While three-quarters of the 191 signatory states support credible progress for nuclear disarmament, it is mainly the nuclear-armed states, and above all Russia, which resisted,” the government in Vienna said in a statement.

It noted that contrary to treaty commitments, Britain, China, France, Russia and the United States are improving or expanding their stock of nuclear weapons. 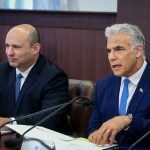