French President Emmanuel Macron is set to host Saudi Crown Prince Mohammed bin Salman (MBS) as part of continuing Western efforts to court the major oil-producing state amid the war in Ukraine and faltering talks to revive a nuclear deal with Iran.

The visit on Thursday to Paris by the de facto Saudi ruler came two weeks after he held talks in Saudi Arabia with US President Joe Biden. MBS made a stop in Greece before heading to the French capital.

The West is eager to reset relations with the Gulf Arab oil giant as it seeks to counter the rising regional influence of Iran, Russia and China.

French opposition figures and human rights groups have criticized Macron’s decision to invite MBS to dinner at the Elysee Palace in the wake of the gruesome murder of journalist Jamal Khashoggi i by a team of Saudi agents in October 2018.

The crime was described by a UN probe as an “extrajudicial killing for which Saudi Arabia is responsible”.

US intelligence agencies reportedly determined that MBS had “approved” the operation that led to Khashoggi’s death, although Riyadh has denied this, blaming rogue operatives.

An aide to Macron defended the working dinner at a time of a global energy and food crisis, while promising that human rights would be raised.

“He will talk about it [rights] in a general way, but will also take the chance to raise individual cases,” the aide told the AFP news agency on condition of anonymity.

“For the president to have an influence and tackle the problems that European countries and France face … the only way is to talk with all of our partners,” the aide added.

He repeated France’s longstanding demand that the gruesome dismemberment of Khashoggi be investigated and those responsible be “brought to justice”.

MBS’s stop in Greece on Tuesday was his first trip to the EU since the murder of Khashoggi by Saudi agents at the kingdom’s consulate in Istanbul in 2018.

“I am scandalised and outraged that Emmanuel Macron is receiving with all the honors the executioner of my fiance, Jamal Khashoggi,” Hatice Cengiz told AFP on Thursday.

“All the international investigations carried out up to this point … recognise the responsibility of MBS in the assassination,” Cengiz said.

Amnesty International Secretary General Agnes Callamard told AFP she felt “profoundly troubled by the visit, because of what it means for our world and what it means for Jamal [Khashoggi] and people like him.”

MBS is a man who “does not tolerate any dissent,” she added.

But for Western countries desperate to find new sources of energy, the 36-year-old de facto leader of the world’s biggest oil producer has become an essential figure. 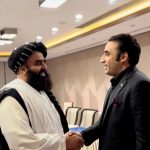 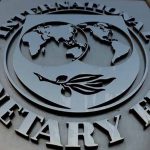