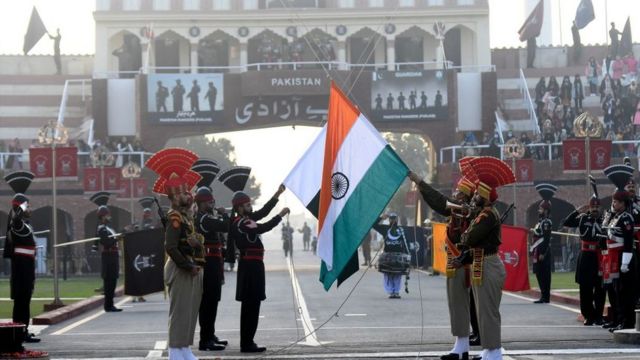 Pakistan says it has taken note of India’s statement on the “accidental firing” of a missile into its territory, demanding a joint investigation to “accurately establish the facts surrounding the incident”.

“The grave nature of the incident raises several fundamental questions regarding security protocols and technical safeguards against accidental or unauthorised launch of missiles in a nuclearised environment,” the foreign ministry said in a statement on Saturday, adding that India must provide a clearer picture of the circumstances that led to the missile’s firing.

“Why did India fail to immediately inform Pakistan about the accidental launch of the missile and waited to acknowledge till after Pakistan announced the incident and sought clarification?”

Islamabad also asked New Delhi “to explain if the missile was indeed handled by its armed forces or some rogue elements”.

Pakistani officials earlier said the missile was unarmed and had crashed near the country’s eastern city of Mian Channu, about 500km (310 miles) from the capital Islamabad.

New Delhi acknowledged on Friday that a technical malfunction in the course of routine maintenance on March 9 had resulted in the firing of the projectile.

“It is learnt that the missile landed in an area of Pakistan. While the incident is deeply regrettable, it is also a matter of relief that there has been no loss of life due to the accident,” the Indian Ministry of Defence said in its statement.

The ministry said the government had “taken a serious view and ordered a high-level Court of Enquiry”.

Pakistan’s National Security Adviser Moeed Yusuf said it was “highly irresponsible” of New Delhi not to inform Islamabad immediately of the inadvertent launch of a missile.

“The real circumstances surrounding this incident must also be investigated to ascertain if this was an inadvertent launch or something more intentional,” Yusuf said on Twitter.

Pakistan’s foreign office on Friday summoned India’s charge d’affaires in Islamabad to lodge a protest over what it called an unprovoked violation of its airspace, saying the incident could have endangered passenger flights and civilian lives.

Military experts have in the past warned of the risk of accidents or miscalculations by the nuclear-armed neighbours, which have fought three wars and engaged in numerous smaller armed clashes, usually over the disputed territory of Kashmir.

Tensions have eased in recent months, and the incident, which may have been the first of its kind, immediately raised questions about safety mechanisms.

A senior Pakistani security official told the Reuters news agency on condition of anonymity that the incident had raised alarm and could have escalated into a “critical untoward situation”.

“The admission that it was a missile was very nonchalant,” he said. “What does this say about their safety mechanisms and the technical prowess of very dangerous weapons? The international community needs to have a very close look at this.”

The official said it was possibly a BrahMos missile – a nuclear-capable, land-attack cruise missile jointly developed by Russia and India. The two countries have yet to officially confirm the type of the missile.

According to the US-based Arms Control Association, the missile’s range is between 300km (186 miles) and 500km (310 miles), making it capable of hitting Islamabad from a northern Indian launch pad.

The Pakistani official wondered if the incident meant that India had “missiles in ready-to-launch positions and pointed at Pakistan, and that too without any safeguard of a command and control system”. 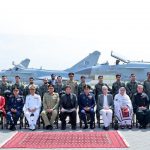