Britain has been granted “dialogue partner” status by the Association of Southeast Asian Nations (ASEAN), the first nation to be accorded the privilege in a quarter-century. The move marks a milestone in London’s push to strengthen its diplomatic and economic ties with Asia following its exit from the European Union.

“We agreed to accord the United Kingdom the status of Dialogue Partner of ASEAN in view of its individual relationship with ASEAN as well as its past cooperation and engagement with ASEAN when it was a member of the European Union,” the Southeast Asian bloc said in a communique issued following this week’s 54th ASEAN Foreign Ministers’ Meeting.

In addition to granting the U.K. high-level access to ASEAN’s regular summits, the British government also hopes that the status will thicken its economic ties with the region, and lead to practical cooperation on issues like climate change and regional stability.

Since exiting the EU, London has undertaken a concerted “pivot to Asia,” which forms a central part of its post-Brexit project to remake itself as an agile mercantile powerhouse under the rubric of “Global Britain.” At the end of last year, the U.K. brokered free trade agreements with Singapore and Vietnam, part of what the government describes as a strategy of forming “a network of trade agreements with dynamic economies far beyond Europe, making the U.K. a hub for services and digital trade.”

The U.K. government also has ambitions of joining the Comprehensive and Progressive Agreement for Trans-Pacific Partnership, the successor to the Trans-Pacific Partnership trade pact that was negotiated by U.S. President Barack Obama before being torpedoed by President Donald Trump. Foreign Secretary Dominic Raab, who visited Vietnam, Cambodia, and Singapore in June, told The Telegraph this week that London must reach out beyond its old “baseline alliances” in the West in order to secure its future security and prosperity.

The U.K.’s economic turn toward Asia has naturally also involved an increasing strategic focus on the region. The government’s recent Integrated Review of Security, Defence, Development and Foreign Policy suggested that the U.K. will undertake a “tilt” to the “Indo-Pacific,” describing the region as “critical to our economy, our security and our global ambition to support open societies.” It also dubbed the region “the crucible for many of the most pressing global challenges – from climate and biodiversity to maritime security and geopolitical competition linked to rules and norms.”

As part of this push, the U.K. dispatched a strike group led by the Royal Navy’s flagship aircraft carrier the HMS Queen Elizabeth on a 28-week deployment that last week took it through the disputed South China Sea.

While the U.K.’s return “east of Suez,” like Brexit itself, has elements of a nostalgic colonial throwback, it makes sound economic and strategic sense. According to the U.K. Foreign, Commonwealth & Development Office, total ASEAN-U.K. trade in goods and services totaled $52.13 billion in 2019. Meanwhile, the total stock of British foreign direct investment in the Southeast Asian bloc amounted to $28.6 billion in 2018.

As I have argued previously, the U.K.’s “Indo-Pacific tilt” dovetails well with the omnidirectional foreign policy preference of many Southeast Asian nations. This week’s confirmation of the U.K. as a dialogue partner, therefore, functions as a signal from ASEAN and its member states that they support London’s accelerating eastward push. 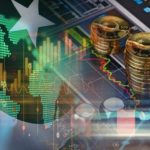 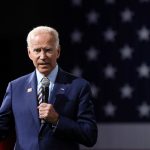