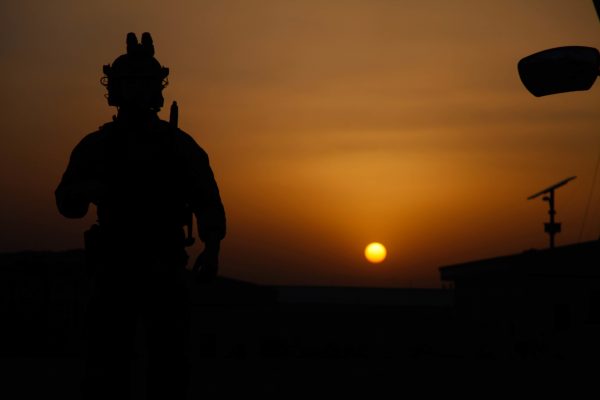 President Biden announced after assuming charge as the new President that the United States will not
meet the deadline set under the U.S.-Taliban agreement to withdraw all troops by May 1 and instead
releases a plan for a full withdrawal by September 11, 2021. “It’s time to end America’s longest war,” he says. The remaining 3,500 troops in Afghanistan will be withdrawn regardless of whether progress is
made in intra-Afghan peace talks or the Taliban reduces its attacks on Afghan security forces and
citizens. NATO troops in Afghanistan will also leave. Biden says Washington will continue to assist
Afghan security forces and support the peace process. The Taliban says it will not participate in “any
conference” on Afghanistan’s future until all foreign troops leave.

The final US troops departed Afghanistan on Monday 30 th August 2021 shortly before midnight local
time, ceding the country to Taliban control ahead of US President Joe Biden’s August 31 deadline—and
nearly twenty years after the United States first invaded the country.

Facing little resistance, Taliban fighters overrun the capital, Kabul, and take over the presidential palace
hours after President Ghani leaves the country. Taliban leaders say they will hold talks with Afghan
officials to form an “open, inclusive Islamic government.” Former Afghan President Karzai and Abdullah,
formerly the chief executive under Ghani, create a council to facilitate a peaceful transition to a Taliban
government. The takeover follows the Taliban’s rapid advance, during which it captured all but two of
Afghanistan’s provincial capitals and seized border crossings. Afghan security forces in some areas
reportedly negotiated surrenders and avoided fighting the Taliban.

On august 16 th , President Biden says his administration made the right decision in ending U.S. military involvement in Afghanistan, arguing that the U.S. counterterrorism mission is complete. But he
acknowledges that the troop withdrawal has been “messy” and blames Afghan security forces for failing
to counter the Taliban. Meanwhile, the United States deploys six thousand troops to evacuate U.S. and
allied personnel and secure Kabul’s international airport, where chaos erupts as thousands of Afghans
attempt to flee. Biden says the military will help evacuate thousands of Afghans who worked with the
United States, and he expands refugee-status access for vulnerable Afghans.

The Taliban declared the "Islamic Emirate of Afghanistan" on Thursday 19th August 2020, marking a nail in the coffin of the US-backed Afghan government.

Zabihullah Mujahid tweeted the declaration and the new name on Thursday 19 th August 2020. The group
used the name for the country when it ruled it between 1996 and 2001, before it was taken from power
by US-led forces. Only a few countries recognized that regime at the time, including Pakistan, Saudi
Arabia, the United Arab Emirates, and Turkmenistan.

On 7 th September 2021, the Taliban announced an interim government interim Cabinet that placed
longtime members of the group in top jobs. Many had led the 20-year battle against the U.S.-led
coalition and the Afghan government.

Interim Prime Minister Mullah Hasan Akhund headed the Taliban government in Kabul during the last
years of its rule. Sarajuddin Haqqani, son of the founder of the Haqqani network, will be the interior
minister.

Interim Cabinet that placed longtime members of the group in top jobs. Many had led the 20-year battle
against the U.S.-led coalition and the Afghan government.

Interim Prime Minister Mullah Hasan Akhund headed the Taliban government in Kabul during the last
years of its rule. Sarajuddin Haqqani, son of the founder of the Haqqani network, will be the interior
minister.

Implications from Pakistan:
To say that the opinion on the Taliban takeover is divided in Pakistan would be an understatement.
While many rejoice over the Islamic group regaining power and foring a government based on Islamic
shariah law, others carry a disdain and are skeptical at best as to how the group will uphold human
rights- especially the rights of women and minorities.

The swift and startling takeover of Afghanistan by the Taliban in the wake of the US-backed Ashraf Ghani regime in Kabul is causing concern not only about the war-ravaged country’s future but also about its potential implications for Pakistan’s economy in the short- to medium-term. Even though the return of the Taliban will likely affect all regional economies, Pakistan was the immediate focus of international investors as indicated by rising yields of its dollar-denominated Eurobonds in the wake of the quick collapse of the Ghani administration.

Though it is too early to predict the economic spillover of the Taliban’s return to power after 20 years in regional countries like Pakistan, serious concerns remain. While a stable and secure Afghanistan is projected to work in Islamabad’s favour, the comeback of the Taliban is not going to be trouble-free for Pakistan with chaos in the neighbourhood triggering risks of an influx of refugees and insecurity spillovers.

“The Taliban takeover in Afghanistan has several unanswered questions… about the shape of the future
government and its acceptability to the international community, and whether the Taliban will keep
their promises (made to the world),” Intermarket Securities analyst Raza Jafri wrote in a note on the
change in Kabul for the investors.

As per Raza Jaffri, the most immediate concern for Pakistan is the disruption it will create in bilateral trade and the mass exodus of refugees from Afghanistan heading towards Pakistan. A second, and more medium term concern is the spillover effect of instability or insecurity from Afghanistan into Pakistan.
This can create rather critical security implications for Pakistan- even threatening the hard-fought gains that Pakistan has achieved in the last five years from TTP (Tehreek-eTaliban Pakistan).

An increase has been observed post the Taliban takeover of Kabul in bond yields. This is an indicator
that investors are uncertain and nervous. This will increase the cost of future debt Islamabad plans to
raise from international markets.

Another analyst, who sought anonymity because of restrictions from his employer, says the potential
implications of insecurity in Afghanistan and the Taliban’s failure to address the valid concerns of the world on political and human rights of Afghans, especially women and girls, could be huge for Pakistan.
“There are already 15 million internally displaced people in Afghanistan and the deterioration of the
security conditions owing to the disagreement of the Taliban on a broad-based, inclusive government
could push millions into Pakistan. That will place a punishing burden on the economy and the external
sector,” he argued.

Further, he is of the view that the security spillovers will have a long-term impact on investment
sentiments. “The surge in the bond yields immediately after the Taliban retook Kabul indicates that the
global investors are feeling jittery about the situation; it’ll raise the cost of future debt Islamabad plans to raise from the international markets to boost its reserves.”

In addition to the refugee and insecurity spillovers, he believes Pakistan is facing a difficult situation with the US and other western powers. “If we’re suspected of somehow endorsing the Taliban and their actions against their opponents or violations of human and women rights, it would make it difficult for Islamabad to access multilateral dollars and lift debt from the international bond markets. This will also bring the fiscal and external sectors under immense stress,” he contended.

Almas Hyder, a businessman and chairman of the Engineering Development Board, is quite optimistic
about the situation, however. “The collapse of a pro-India regime in Kabul and the ascendancy of the
Taliban has reduced security risks for Pakistan. Once the present transition period is over and stability returns to Afghanistan, we will be able to significantly increase exports (to Afghanistan) besides accessing the Central Asian markets. Once the reconstruction work starts there, Pakistan will also have a big role to play with China leading the way to fill the void created by the American pullout from that country.” He believes that the Taliban’s comeback has made Pakistan strategically more important to the US, implying Pakistan would continue to receive multilateral dollars.

Another businessman, who sought anonymity, warns that the fears of insecurity spillovers into Pakistan,
the resurgence of the terrorist groups linked to Tehreek-i-Taliban Pakistan and the arrival of refugees
are well-founded. “We can escape these consequences of the regime change in Afghanistan only by
helping the international community convince the Taliban to agree to the formation of an inclusive,
secular government representing different groups and ideologies.”

Fahad Rauf, head of research at Ismail Iqbal Securities, does not see much trade or reconstruction
opportunity in Afghanistan any time soon. “There will be no aggressive development in Afghanistan or a
massive jump in trade between the two countries unless the Afghan economy also picks up,” he argued.
Nevertheless, he agrees that the establishment of a pro-Pakistan government in Kabul will make
Pakistan, especially Balochistan, securer, which will help complete China-Pakistan Economic Corridor
projects in that province besides attracting investment in oil & gas exploration along the Pak-afghan border. “The greater involvement of China, Russia and Pakistan in Afghanistan will be a positive for that country’s stability and development. And if China invests there it will be good for Pakistan as well.”

He does not agree with the suggestion that the West will isolate Pakistan because of Afghanistan.
“Pakistan has already announced to go along with the international consensus when it comes to
recognising the new rulers in Kabul. Pakistan also wants peace there… just like the US and the rest of the world. So I don’t think we will be marked out by the US.” 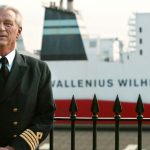 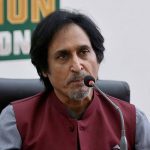