IN Islamic mysticism, Insan al-Kamil, or the perfect man, is a term used to denote the best of Allah’s creation, to be emulated by one and all in order to achieve spiritual growth, lift the veils of materialism and gain closeness to the Almighty.

The term — made famous by the Andalusian mystic of the classical age Ibn al-Arabi — applies most perfectly to the Holy Prophet (PBUH), while it has also been used to describe Hazrat Ali and Imam Husain. The Holy Quran testifies to the loftiness of the Noble Prophet’s character when it declares him the “best example” (Surah Ahzab).

On the other hand in his book Insan-i-Kamil, the late Iranian philosopher and scholar Ustad Murtaza Muttahari, while describing Hazrat Ali, says that “he is a man in whom all human values have developed harmoniously”.

And just like the attributes of human perfection that manifested themselves so brightly in his grandfather, father, and brother Imam Hasan, Imam Husain also created a venerable example to emulate when he displayed the highest and loftiest of characteristics on the burning plains of Karbala on the day of Ashura in 61AH.

Imam Husain exemplified perfection in every sense of the word.

In Karbala, and indeed throughout his blessed life, Imam Husain demonstrated how, in the face of incredible adversity, the ‘perfect man’ rises to the occasion. Whether it was on the battlefield, on the prayer mat or on the pulpit, Imam Husain exemplified perfection in every sense of the word, battling the harshest of conditions with courage, valor, and wisdom.

On the battlefield, he was relentless, much the facsimile of his father Hazrat Ali, Asadollah al-Ghalib (the conquering lion of Allah). But with his family, especially with his children, Imam Husain was a tender, caring man who had a special bond with his young daughter Bibi Sukaina. These facets of his personality illustrate that while the ‘perfect man’ meets the challenges of the day with great courage, in his personal life he is a person of warmth and compassion.

Hadith literature is full of praise for Imam Husain, with the Holy Prophet saying “Husain is from me and I am from Husain”. Scholars have explained this hadith by saying that it is clear that Imam Husain is from the Prophet — being the younger son of his daughter Bibi Fatima Zehra. But the fact that the Prophet is ‘from’ Imam Husain is said to mean that had the Imam not taken his valiant stand at Karbala, the religion of the Prophet may have faced grave danger.

Regarding his steadfastness and bravery, the acclaimed traditionalist Shaikh Abbas Qummi writes in Nafasal Mahmum — one of the authentic accounts of the event of Karbala — that a witness to the battle says: “By Allah! I have seen none like him [Imam Husain], who having lost his sons, relatives and dear friends, and in spite of this, his heart [remains] powerful and serene, and feet firm upon the ground.”

At another place, the Holy Prophet is quoted as saying that Husain “will inherit my generosity and valour” while another tradition terms the Imam “the lamp of guidance, the ark of salvation”. Suffice it to say, countless such examples from the Quran and hadith testify to the perfection of the Imam’s character.

And it is also a testimony to Imam Husain’s lofty character that throughout the ages, people, Muslim and non-Muslim, have been inspired by his matchless example. Even in the current age, when despondency and depression are common due to the prevailing global Covid-19 pandemic and its associated problems — economic fragility, isolation, social distancing — Imam Husain’s struggle lights the way forward.

When one ponders over the tragedies that befell Imam Hus­ain, his family mem­bers and fri­ends on the day of Ashura, our sufferings seem minuscule. Here was the grandson of the Holy Prophet facing a bloodthirsty Umayyad horde that showed no mercy to either the women or children of the Hussaini camp. According to a tradition in Nafasal Mahmum, there were over 300 wounds on Imam Husain’s body by the time the battle of Karbala was over. But still, at the time of his martyrdom, this remarkable man bowed his head in submission to the Almighty.

The poet; the mystic; the revolutionary; the jurisprudent and the scholar all bear witness that Imam Husain is the ‘perfect man’. Moreover, it is the common man — inspired by the Imam’s brave stand and courage in the face of unspeakable adversity — that continues to mourn and praise Husain century after century.

Heroes are lionised by all cultures. But it takes the ‘perfect man’ to be remembered by nations across the world. That is why millions, in their own way, mourn Imam Husain across national and linguistic boundaries, with his sacrifice remembered by communities in Africa, Asia, and wherever else Muslims have settled. Husain is beyond Arab and Ajam, Shia and Sunni, Muslim and non-Muslim. Husain is a hero for humanity. 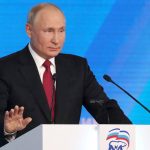 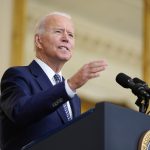